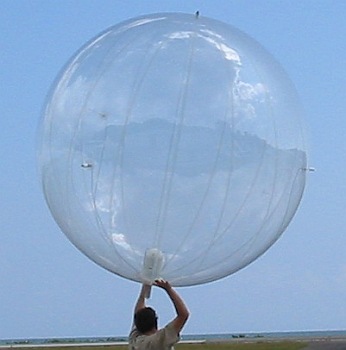 The five balloons launched during the campaign were released during Febraury 2005, from the Mahé airport in Seychelles Islands.