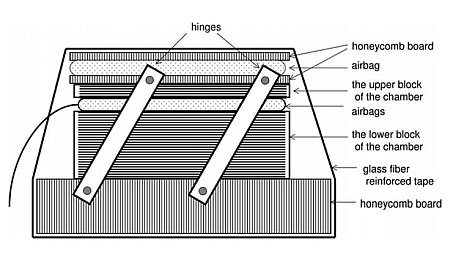 The objective of the flight was to test a new generation detector called Micro Segment Chamber (MSC) which is an evolution of the Emulsion Cloud Chamber (ECC).

The ECC has played an important role for the cosmic-ray research since the early days of scientific ballooning in Japan and elsewhere. Nuclear emulsion is a powerful detector, which has been used to discover from new particles such as pions to high energy phenomena in cosmic rays, because it brings information as a visual detector. Moreover, for cosmic-ray electron research, the ECC is the only detector which has been used successfully for measurement of the spectrum of electrons in the TeV region. In recent years a number of new developments for scanning and analysis of the events in the emulsion, along with improvements in the emulsion films itself have been introduced. Combining these new technologies with ECC, a new generation detector called Micro Segment Chamber (MSC) has been developed with the capability to detect electron showers even below 10 GeV energy region, while also maximizing and extending the advantages of old ECCs as well overcoming difficulties in the analysis of the events that occur inside the detector.

At left we can see an scheme of the MSC flown in this mission (click to enlarge). The chamber consists of 49 sheets of "OPERA film" emulsions, 45 layers of 1 mm thick lead plate, and 5 sets of X-ray film (Fuji Super-HR HA30) with intensifying screens (Fuji Grenex HR-16). All films and plates have a size of 40 cm x 50 cm. "OPERA film" and lead plates are alternately stacked. The 45 1 mm thick lead plates correspond to 8 radiation lengths total depth. At 5 positions after the 25, 30, 35, 40 and 45th lead plate, a set of X-ray film with intensifying screens is inserted, in order to pick up energetic showers efficiently.

As particles passing through the chamber at balloon altitudes should be identified and separated from those recorded during other periods of the flight like ascent, descent, and at the ground level based on a study of the lateral displacement of the tracks observed in previous experiments by the same scientific group, was inferred that controlled change of geometrical relationship can be detected. Hence, a "shifter" mechanism was developed that causes intentional shift of the upper block of the chamber relative to the lower block, when the balloon reaches float altitude. The shifter moves the block again when the flight at float altitude is terminated. This mechanism allows the scientists during the post-flight analysis of the emulsions to select only tracks that were created during the balloon level altitude. 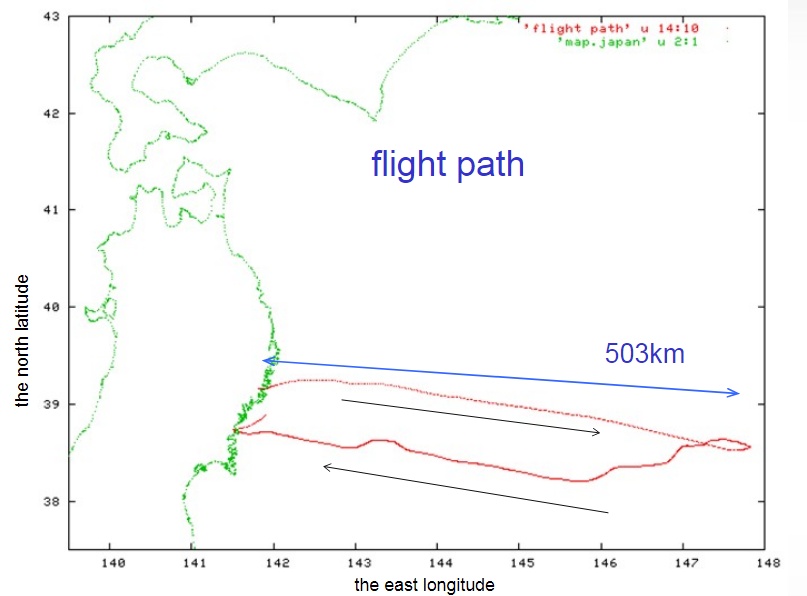 The balloon was launched from Sanriku Balloon Center in Iwate, on 30 May 2004 at 6:00 am Japan Standard Time. The profile of the mission was the tipycal "boomerang" flight: the balloon first drifted to the east rapidly at 13.8 km altitude, at some point, ballast was released and the balloon reached a new float altitude of 35.8 km and stayed at that level for 14 hours while moving back to the west slowly.