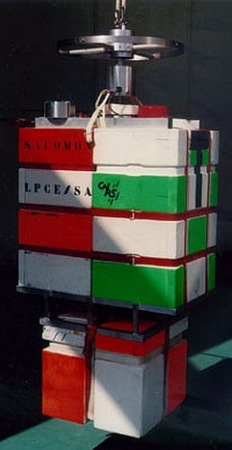 Payload sucesfully detached but the balloon was not destroyed and keep floating. It was seen for the last time two days after in Romania.

The measurements were conducted during the balloon ascent from an altitude of 15 km up to 40 km, between 20h and 22h30 UTC, at a longitude of 0.6 E and latitude of 44.0 N in close coordination with an overpass of the ENVISAT satellite wich using an instrument called GOMOS has performed the observation near the same time and with a spatial coincidence of around 250 km.