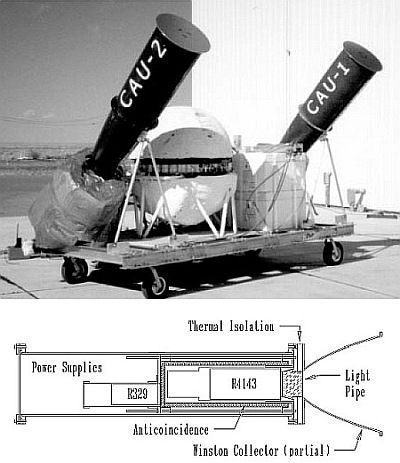 The balloon was launched from Ft. Sumner, base in New Mexico, on the morning of September 25, 2000. At the moment of the release from the launch vehicle, the instrument was dragged across the tarmac and as a result, the ballast hopper damaged. In the third image at right, we can see the ballast pouring from the payload while ascending. Althought it was tought that this would force to abort the flight, after making some adjustments via telemetry, a total flight time of 12 hours was obtained.