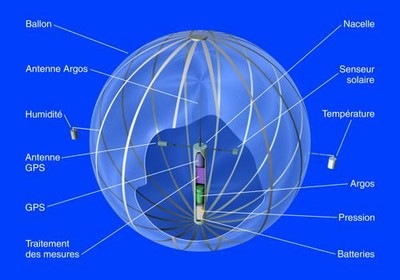 This balloon flight was part of the qualification campaign for the Indian Ocean Experiment (INDOEX), a focused field experiment in the Indian Ocean with international participation from the United States, Europe, and the Indian Ocean Region to study natual and anthropogenic climate forcing by aerosols and feedbacks on regional and global climate. The French participation was throught a balloon launch campaign using Boundary Layer Pressurized Balloons (BLPB). As this balloons are closed envelopes they keep a constant volume and thus fly at a nearly constant density level, acting as Lagrangian tracers of air particles and meteorological platforms.

Originally the campaign was meant to launch 5 balloons as a preparation for the full fledged INDOEX campaign next year. But after launched, the balloon remained hovering over the Dabolim Goa International Airport disrupting normal operations there. As a result the preparatory campaign was cancelled after only that launch.