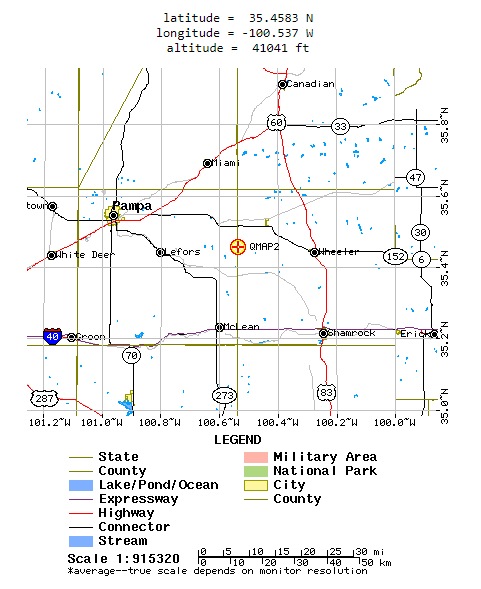 The balloon was launched on November 10 at 23:05 UT by dynamic method using launch vehicle. The gondola reached its float altitude of 30 km two hours later and stayed at float until 12:55 UT. Science and calibration data were taken between 01:00 and 12:10UT, all during the night. The flight was terminated 350 km east, near Shamrock, Texas.