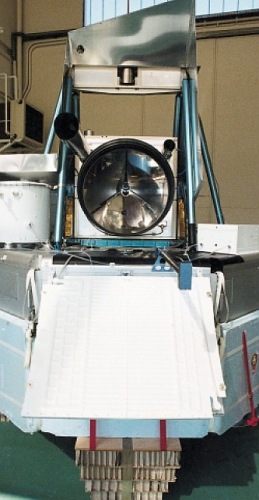 The balloon was launched using auxiliary balloon method at 20:18 utc on 23 November 1995 from the Virgen del Camino airport near Leon, Spain. After having reached a ceiling altitude of 32.1 km, where the balloon was kept for about 50 min, a slow descent was started at a velocity of 1.2 m/s down to about 18 km. No technical problems occurred in flight and measurements could be made in the altitude range 32 to 18 km. As a result of the microprocessor control of the instrument and the preprogramming of the different measurement tasks, mass spectra could be recorded continuously during the balloon descent.