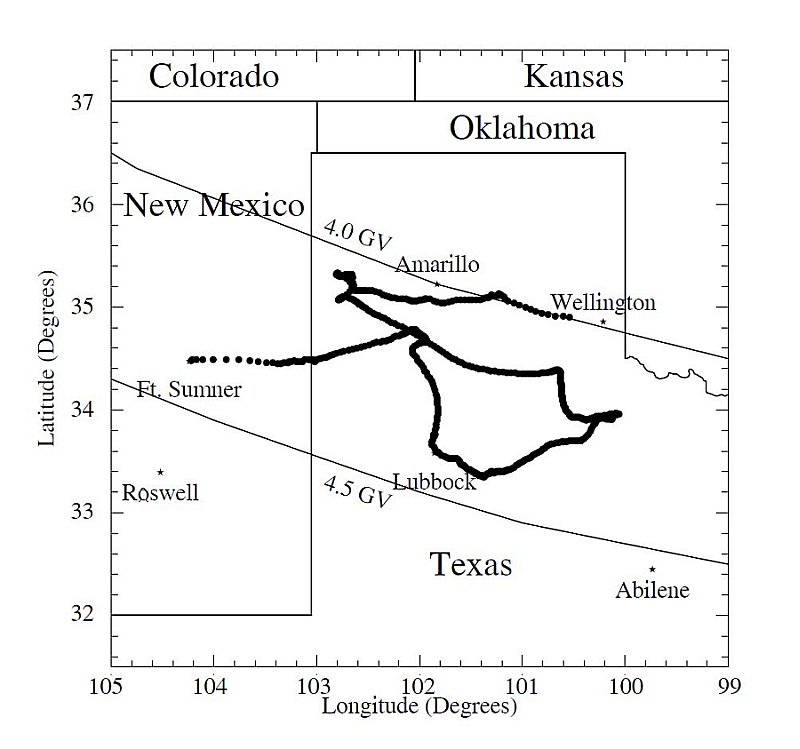 The balloon was launched by dynamic method with assistance of launch vehicle (Big Bill) on May 3, 1994.

After an initial ascent phase, the balloon reached float altitude (between 110,000 and 120,000 feet) and remained more or less at that same altitude allowing the scientific team to obtain about 32 hours of useful data. At the end of the flight, the termination command was sent but the separation device failed and the parachute remained tied to the bottom of the balloon. As the gas bag was in an unknown state NSBF authorities decided not to take the risk to let it fly over populated areas, but the only way to end the mission was to separate the payload from the parachute and let it fall free to destruction on a desert area.

During all the night, the balloon remained close to Amarillo, Texas, but never reached the city. Finally the balloon was valved down and the detector landed safely in the Eastern portion of the Texas panhandle, near the city of Wellington, where it was recovered by a ground crew.

This was the first balloon flight of the instrument. Data were collected at float altitude for about 29 hours. The payload reached a maximum altitude of 36.5 km and descended to a minimum of 33 km at night. This corresponds to a mean atmospheric overburden of 5.7 g/cm2. The payload floated between vertical geomagnetic cutoff rigidities of 4 GV and 4.5 GV performing as expected.