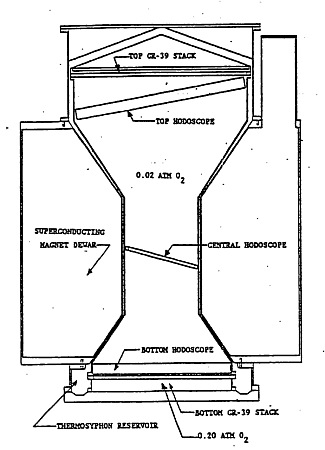 MAGPIE was the acronym of Magnetic Passive Isotope Experiment an experiment built to measure the abundances of the cosmic ray iron group isotopes in the energy interval 300-900 MeV/amu in a long duration flight in Antarctica. A detailed measurement of the iron-group cosmic-ray isotopic abundances requires both large statistics and extremely good mass resolution. With an effective geometry factor of 200 cm2-sr, MAGPIE allow to detect about 100 iron-group cosmic rays per day of flight. The flight was performed from Antarctica due to the low rigidity cutoff necessary for MAGPIE's energy window, and the promise of a long duration flight, necessary for adequate statistics. The instrument was a cooperative development between University of Utah, Boston University, Washington University and Indiana University.

The MAGPIE detector, shown in the figure at left, consisted of two basic detector elements. The central element was the magnetic spectrometer, consisting of the PEAR3 superconducting magnet (integrated field of 650 kG-cm) with three layers of CR-39 film acting as the hodoscope. Particle rigidity was determined by measuring the sagitta of the trajectory through the hodoscope sheets. The second detector element consisted of two stacks of CR-39 plastic, a top stack (15 sheets) above the spectrometer, and a thicker bottom stack (200 sheets) below.

Particle charge and velocity were determined in these by measuring the increase in track etch rate with depth, achieving a charge resolution of 0.1 charge units. Together these provided isotope identification along with particle energy. 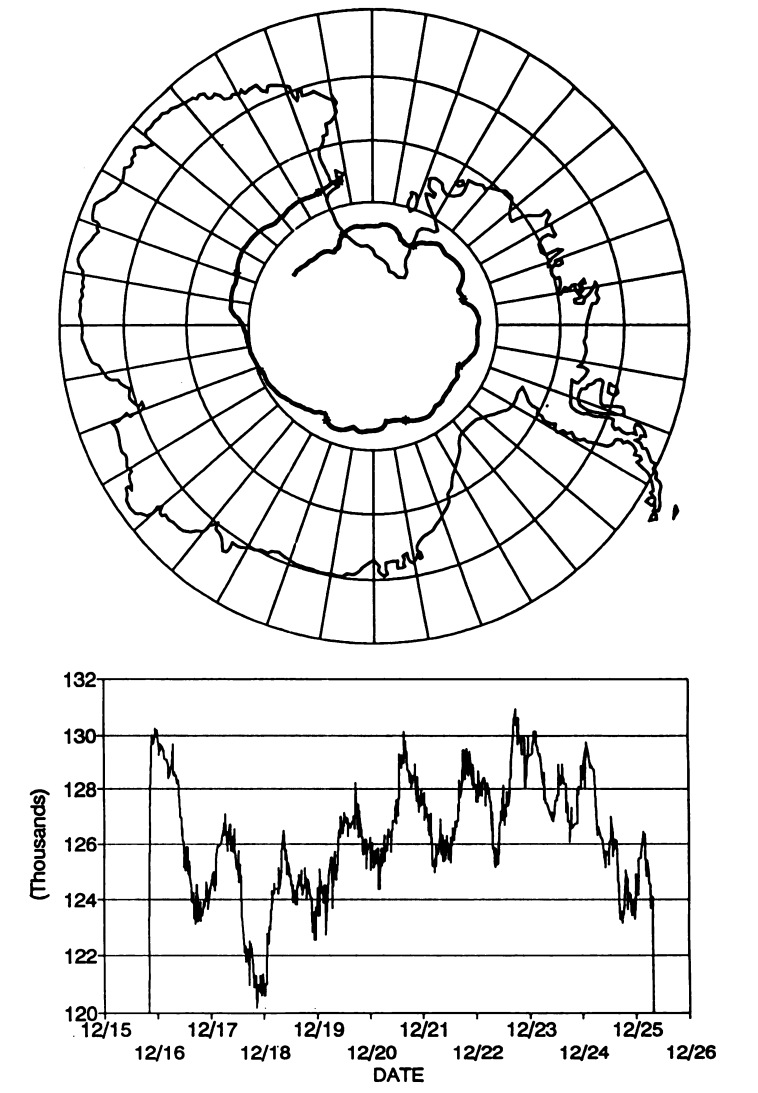 The balloon was launched by dynamic method with assistance of a special build launch vehicle on 16 December, 1991, from McMurdo station, Antarctica. It quickly reached its float altitude of about 3 grams per square centimeter, remaining for 9 days at this altitude before the flight was terminated, having made its planned single circumnavigation of the Pole. Had the superconducting magnet's dewar been designed for greater liquid helium storage, there is no indication in the altitude profile data that MAGPIE could not have flown for many more days. An initial attempt to recover the payload with a C-130 Hercules transport failed because of the very high altitude (3,505.2 meters) of the landing site on the glacial plateau. Recovery of the payload was finally achieved with two flights of a Twin Otter based at the South Pole.