This was the first long duration balloon flight performed from China to USSR. It was carried out in accordance with the agreement signed in 1989 between P.N. Lebedev, Physical Institute of Academy of Sciences of the USSR and the Institute of High Energy Physics of Academia Sinica. The mission goal was to test the feasibility of establishing a balloon route along the northern latitude of 40°, which crosses the border between the USSR and China. The balloon with a volume of 180,000 cubic meters was launched on 5 Aug. 1990 at 19:30 local time from the Chinese Balloon Station of Xianghe in Hebei Province, not far from Beijing. After flying 4200 km in 72 hours, the payload was recovered near Chimkent, the city of Kazakh SSR, in the south-west region of the USSR.

The payload with a weight of 1 ton included two emulsion chambers (total 0.5 m2), a CR-39 plastic track detector set, a biological experiment having a container with some samples of plant seeds and microbes, along with the telemetry, telecommand tracking and ballast control devices. The COSPAS-SARSAT satellite nevigation system was used to obtain the data of latitude and longitude of the balloon position every 100 minutes along with balloon's altitude and ambient temperature.

Coordination of the information of the balloon position was made through the AFTN (Airline Fixed Telex Network) of Air Traffic Control Service of the two countries.

Although the mission was succesful, the opening of the aerial route for scientific balloon flights on the north hemisphere never materialized. Only two more flights were performed the following year with no scientific results due to failures in onboard systems and balloon. 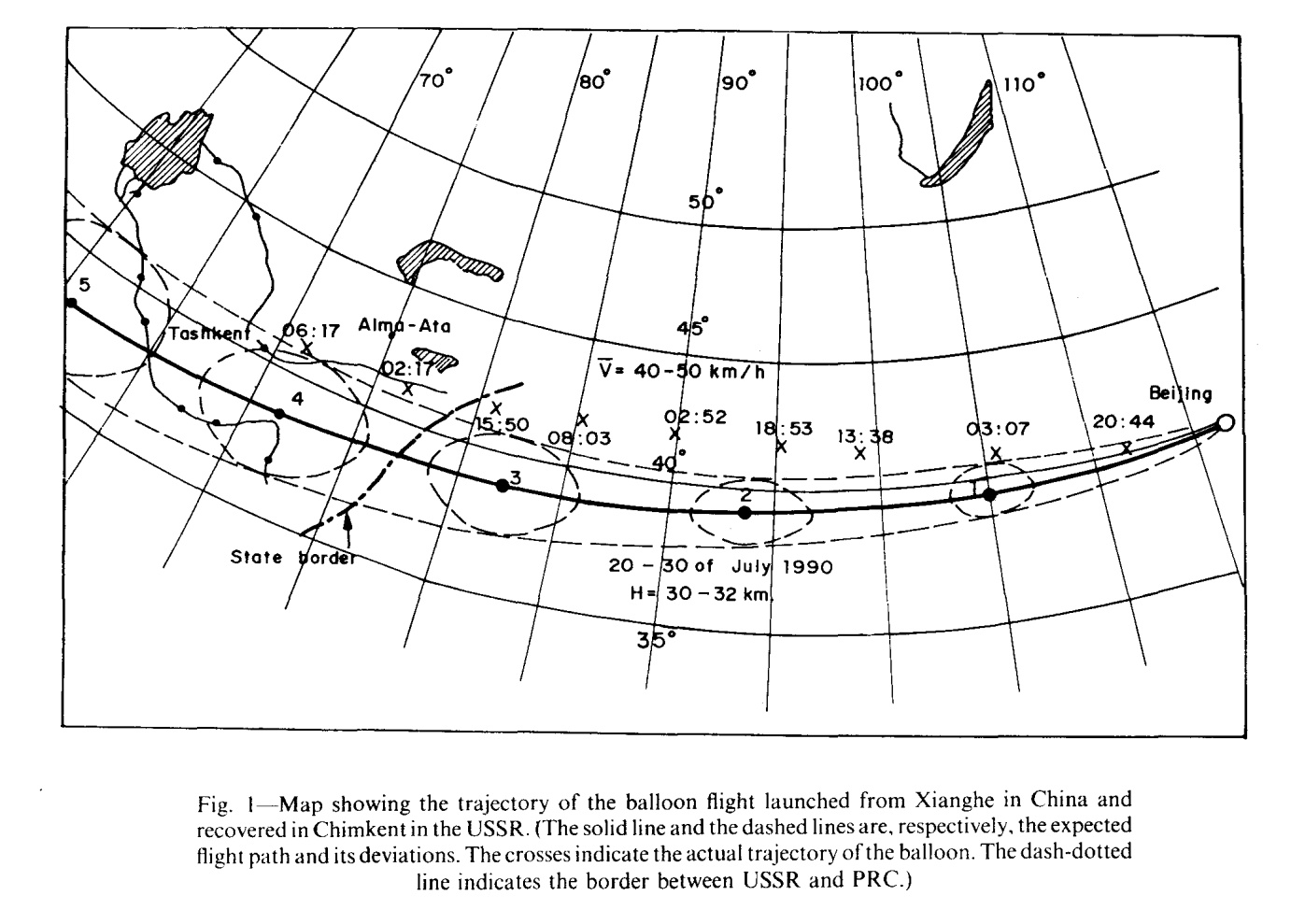