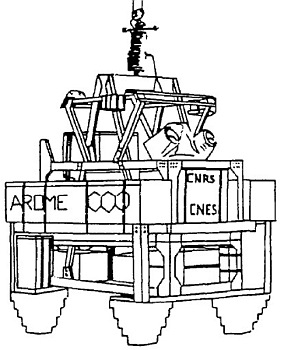 Unfortunately, the balloon met with a layer of high temperature at 22 km of altitude and burst open. The 900-kg payload was supported by a parachute and landed in the sea where it was retrieved unharmed the next day.