The objective of the flight was to transport in a long duration flight a magnetometer payload in a first attempt at performing a quasi-circumterrestrial continuous magnetic anomaly profile. This experiment formed part of a program initiated in 1984 by the Departement de Geomagnetisme of the Institut de Physique du Globe de Paris to determine the intermediate wavelength (50-1000 km) magnetic anomaly field of crustal and lithospheric origin.

The magnetic sensor (scalar) was located 6 m below the gondola within a thermal insulator. Altitude (pressure) variations were accurately recorded with a high-precision barometer. Horizontal position determination was obtained two or three times a day from the Argos system, with an accuracy of a few miles. Because of this poor accuracy, the uncertainty on the value of the main field at the location of the balloon was larger than the anomaly field. Therefore this latter field cannot be determined with the data gathered during this flight. Indeed, its purpose was merely to assess the feasibility of such magnetic measurements on a long-duration (several weeks) stratospheric flight. In particular, it had to be checked whether a proton precession magnetometer can operate under the stringent temperature conditions encountered in stratospheric flights with temperatures ranging between -20°C and -70°C during each altitude excursion. 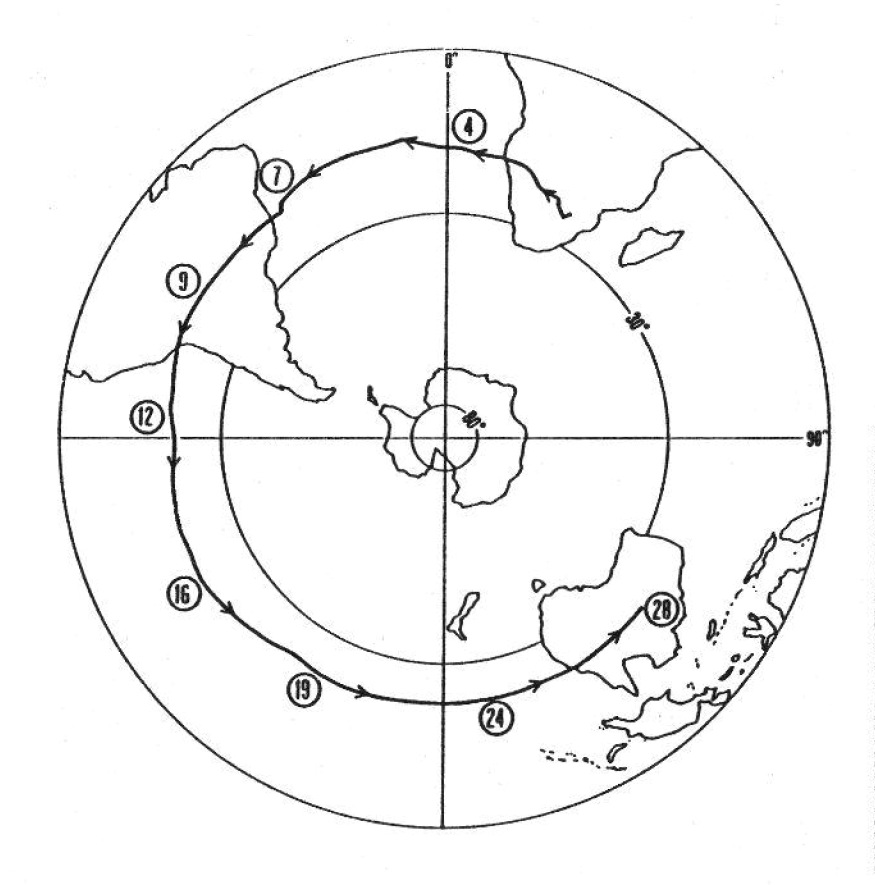 The magnetometer experiment was launched under a MIR balloon on November 19, 1988, from the Satellite Tracking Station of Paardefontein near Pretoria, South Africa. It was terminated after 28 days of operation when all on-board batteries were depleted. At this time the MIR balloon was still operating properly. Because one of the ground stations used for data reception did not worked properly, only 19 days of data could be collected. It allowed the scientific team to plot a 17,000-km continuous magnetic profile (the longest ever) above South Africa, the South Atlantic Ocean, South America, and the eastern South Pacific. Using Argos positioning data (53 points), was possible to compute a first-order estimate of the main field value at several points along the profile (at 25-km altitude). They confirmed that the measurements obtained were representative of the Earth's magnetic field and that no large systematic drift of the magnetometer has been observed during the flight.