This was a long duration flight of JACEE so several addaptations were needed on the chambers. Due to the distance, all the data instead being telemetered to a ground station were recorded onboard, including temperature and pressure altitude readings. For this purpose was built a data recorder employing high-density memory chips. An aneroid control system was also used to shift a topside film layer out of registration with the main emulsion chambers when pressure altitude dropped below a preset level. Shifter status was included in the data transmitted to NSBF by the ARGOS satellite tracking system. 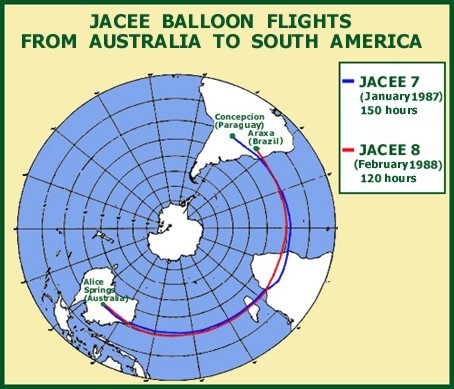 This was the second long duration mission of the JACEE program and the eight flight since the inception of the program in 1979. Total exposure time at float was of 120 hours.