The instrument design -as many others of those years- was an adaptation of the basic configuration of the so called Balloon-Borne Magnet Facility (BBMF), a payload developed by New Mexico State University and NASA's Goddard Space Flight Center to perform research on high energy particles using a magnet spectrometer.

The instrument flown on this mission is illustrated in the figure at left (click to enlarge). It consisted of three principal components: a superconducting magnet spectrometer with a multi wire proportional counter (MWPC) tracking system; a time-of-flight (TOF) system; and a liquid Cherenkov detector. The magnet was based on a single coil of copper-clad NbTi wire, that produced a magnetic field of 33 kG at the center of the coil.

The TOF system consisted of 20 plastic scintillator paddles of 1 cm thick, each of which was viewed end-on by a photomultiplier tube (PMT). The paddles were grouped into four timing planes, Tl to T4. The Tl and T2 planes "stacked" at the top of the detector constituted the entrance detector of the telescope, while T3 and T4 constituted the exit detector. Each of the top planes (Tl, T2) consisted of six paddles, each of which was, in turn, viewed by one PMT. The lower planes (T3, T4) each consisted of four paddles, separated by about 1.8 m from the top planes. The timing data from the TOF system permitted separation of downward-moving protons from splash albedo.

In addition to the TOF system, two other scintillators, S1 and S2, were used to determine the incident charge and to make a redundant TOF measurement sufficient for separating upward and downward moving particles.

Between T3-T4 and S2 was located the Cherenkov counter. It consisted of a 43.8 x 43.8 x 12.7 cm3 clear plastic acrylic box filled with the liquid fluorocarbon FC-72 as radiator, which was viewed by 16 PMTs, providing redundant velocity measurements.

Triggering of the LEAP instrument occurred whenever a particle traversed at least one paddle in each of the four
scintillator-paddle layers (Tl - T4), thereby producing the coincidence trigger and initiating the event readout by the onboard data processing electronics.

All these elements were housed in a cylindrical vessel, measuring near three meters tall and 1.5 meters of diameter. 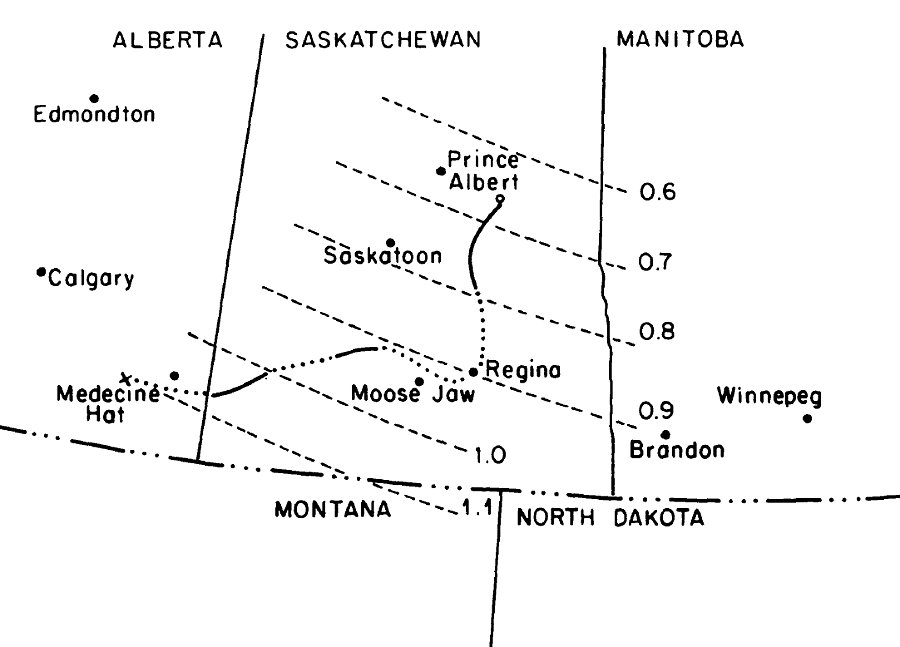 The balloon was launched by dynamic method from Prince Albert, Saskatchewan, Canada on August 21, 1987 at 20.00 hs local time. After an ascent phase of near 3 hours it reached float altitude of 119.000 ft acquiring a slow southwestward drift during the following 20 hours.

The mission was terminated next day near Medicine Hat, Alberta.

This was the first and unique flight of the Balloon-Borne Magnet Facility on the LEAP configuration. It provided an opportunity to measure the proton and helium spectra over the wide energy range from 200 MeV per nucleon to 100 GeV per nucleon with a single instrument.

During the flight, 10.000.000 of events were recorded. Evidence of antiproton fluxes was not find for the energy range between 120 MeV and 360 MeV.