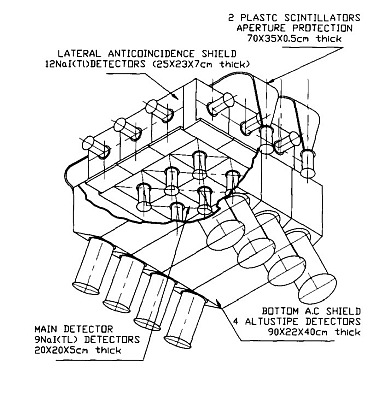 This was the first flight of the FIGARO II experiment. The main obervational goal was to observe the Crab pulsar (PSR 0531+21). The 800.000 cubic meters balloon was launched from the base of Milo, near Trapani, Sicily on July 11, 1986 at 5:15 UTC. A ceiling of 4.0 mb was reached three hours thereafter, and was kept with practically no variations for the entire flight. During the final part of the ascent and at ceiling the experiment was pointed in the direction of the Crab pulsar, which was observed for a total time of about two hours before the data reception was temporarily interrupted. Transmitted data were accumulated on ground by means of an analogic tape recorder. The data obtained indicated the possible existence of a feature in the energy spectrum between 0.43 and 0.46 MeV in the phase interval of the second peak of the Pulsar.