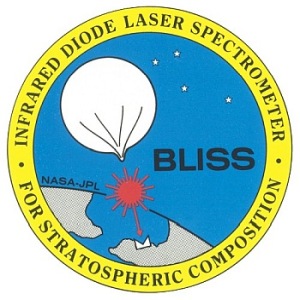 In this flight was installed on the BLISS gondola an additional experiment: the University of Denver jNO2 instrument a self-contained flowing gas system which measured jNO2 by measuring the change in NO2 concentration in a known gas mixture, which has been exposed to the sunlight several feet below the gondola.