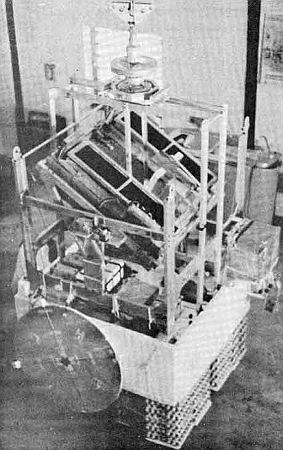 The balloon was launched from the National Balloon Facility in Hyderabad, at 21.20 utc on March 17, 1986. After a nominal ascent phase, it reached ceiling altitude at a vertical residual atmosphere of 4.5 g/cm2. The balloon floated at the ceiling for 6 hours until the mission was terminated by telecommand at 6:20 utc.