In mid-1978, several research programs of INPE (the Brazilian space agency) started a combined effort to extend the capabilities of potential applications derived from the use of stratospheric balloons. At the time, a consensus was formed among researchers to booster the development of balloon-borne payloads. With such an objective in mind, two important issues could be explored: to have more independence regarding science components obtained from other countries and to gain more integration between the scientific payload segment and the onboard systems of the balloon. Thus, the aim was to achieve a greater standardization and to develop more alternatives for configuring the onboard subsystems.

Another motivation at the time, that prompted the interest in this type of technological effort, was the possibility to test technological resources to be employed in future satellite or space missions. The use of balloons for gradual testing of systems each time more complex, that could validate onboard or ground resources to be employed on such missions, turned out to be a relatively economical way to obtain some sort of partial qualification. From these proposals was born the PEROBA-I mission. The acronym stands in portuguese for "Plataformas Experimentais com Rastreio Orientado para Balões" (Experimental Platforms with Tracking Oriented for Balloons).

The purpose of PEROBA-I was to test various significant part of the onboard and ground services by INPE. From the scientific point of view, this mission carried onboard three main experiments:

1) The experience RANUC which consisted in a gamma radiation nuclear sensor. The detector assembly of the experiment measured the nuclear radiation in the 0.3 to 5.0 MeV range of energy. It consisted of a sodium iodide scintillator activated with Thallium, NaI (Ti), of cylindrical shape, measuring 4" x 4", coupled directly to an RCA 8055 photomultiplier. The study of the production and propagation of gamma rays towards the ground was the main objective of this experiment.

2) The RADIR experience transported an infrared radiation sensor. The study of the energy balance between the earth's surface and space is of great importance in determining global climatology. The radiant energy delivered by the Sun to Earth is processed in several modes and partly re-emitted to space. The purpose of the RADIR experiment was to determine the small-scale energy balance in small towns, cities and geographic accidents. Such data is useful for understanding regional micro-climates as well large urban concentrations. A high resolution radiometer (1.2m radians) was designed specially for the mission. The instrument used pyroelectric detectors, built by INPE's Sensor Division, and a telescope of the Cassegrain type with a focal length of one meter. The spectral range of the instrument was limited, by the germanium lens, in the range from 1.8 microns to 22 microns.

3) The SERE experiment was composed by a set of two HASSELBLAD EL/70 electric cameras activated by an electronic intervalometer programmable. The objective was to evaluate the performance and potential of the system, in generating images of the Earth's surface, in the infrared range.

On the other hand, INPE's technological objectives included the testing of the following subsystems: on-board telemetry transmitter; telecommand transmitter and receiver; housekeeping parameters; telemetry ground station; attitude control mechanism and electronics of the RADIR experiment; modulators and mixer of subcarriers; mechanical structure of the balloon load; mechanical coupling system between the gondola and the balloon and finally a ground station antenna filter.

The PEROBA-I mission allowed to validate, within certain limits of reliability, the integration of a system reasonably complex both onboard and on the ground, together with a set of three scientific experiments. The results obtained with the system were acceptable, in general, taking into account the complexity of the mission, where several subsystems were tested for the first time, under real operating conditions. 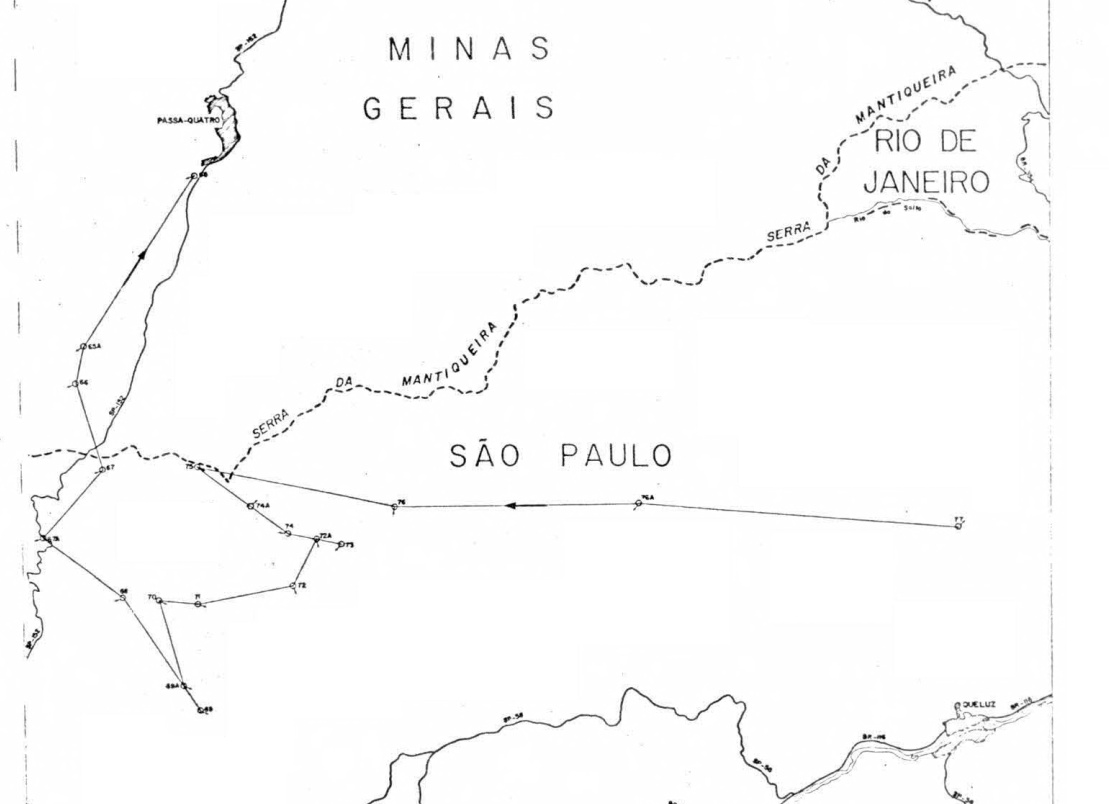 The ballon was launched by dynamic method from INPE's launch base in Cachoeira Paulista at 9:20 utc on November 19, 1980. Total duration of the PEROBA I mission was 7 hours and 40 minutes, aproximately. Around 17:00 utc, the mission was terminated from the chasing plane and was observed the fall of the payload with the aid of parachutes, near the city of Maria da Fe, State of Minas Gerais.