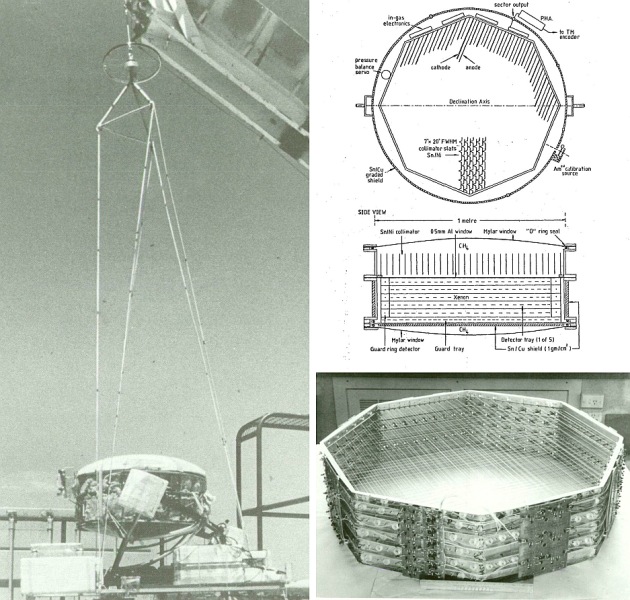 This inaugural flight of the complete telescope system had been planned, primarily as an engineering flight for testing the system under observational conditions. Payload preparations for flight were undertaken during October and November 1976 at the Australian Balloon Launch Station in Mildura. The detector was filled to 1100 mbar (1.1 atmospheres) with 406 mbar Xe, 563 mbar Ar, 63 mbar CH4 and 68 mbar He. The balloon payload was transported to Parkes, central New South Wales, where the flight was launched at 5.25 a.m. Australian Eastern Summer Time on 2nd December 1976.

The payload achieved a float altitude of 4.7 mbar at 7.45 a.m. and drifted north and west. The telemetry signal was finally lost at 3.45 p.m. and the flight was terminated by payload cutdown at 4.20 p.m., landing near Cobar in Western New South Wales. The payload was recovered, with minor damage to the support frame, on the following day.

The system performance was excellent and some observations of scientific interest were made.