Balloon launched on 1/27/1976, from Holloman Air Force Base, Alamogordo, New Mexico, US 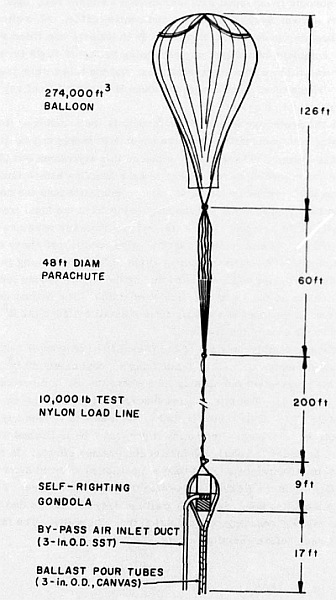