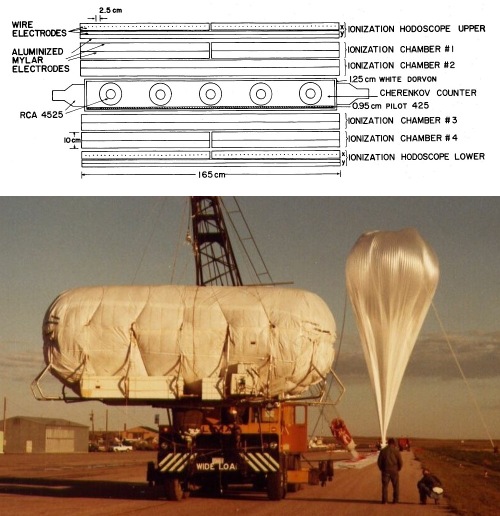 The balloon was launched from Joe Foss Field airport in Sioux Falls, at 21:35 on Monday, September 15, 1975. The launch proceeded with no major problems, and at 2:00 Tuesday morning the balloon leveled off at its float altitude of between 115,000 and 120,000 feet. Less than two hours into the flight, the balloon ruptured so was transmitted a radio command that cut the detector loose from the balloon and returned it to earth via parachute. The deflated balloon, however, caught in the parachute, which opened only partially in its descent with the detector. The detector landed 60 miles southeast of Sioux Falls in an open field. While there was some damage to the detector from its hard landing, it was returned to Sioux Falls and repaired in time. Finally was launched succesfuly on October 2.