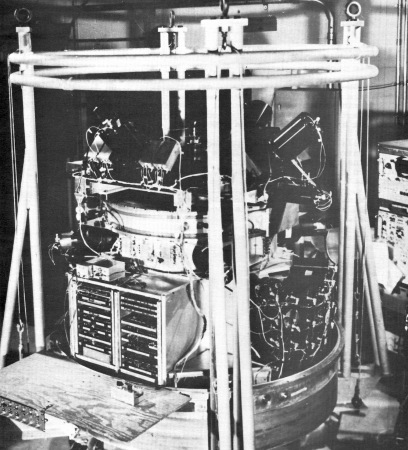 The primary purpose of the experiment was the study of cosmic ray electrons, positrons, and heavy nuclei in the high energy region. The instrument developed at the NASA Goddard Space Flight Center can be seen in the image at left during pre-flight calibrations (click to enlarge).

The instrument was divided in two main sections: a charge determination module and an electro-magnetic cascade section.

The charge determination section had two plastic scintillators, a quartz Cerenkov counter, and a Pilot 425 Cerenkov counter. The electro-magnetic cascade module contained alternate layers of tungsten and plastic scintillator. These allowed frequent sampling of showers caused by electrons and positrons. The detector also contained a time of flight measurement and a digital spark chamber which allowed for background rejection and provided particle trajectory information.

The experiment's electronic equipment provided pulse height information on the twenty-four detectors and on the spark chamber. One of the detectors was connected to a logarithmic pulse amplifier whose output was proportional to the logarithmic of the input pulse. Much of the package was similar in design to an experiment which would fly on the first High Energy Astrophysical Observatory (HEAO) satellite launched in 1975.

The instrument was housed in a pressurized gondola of cylindrical shape six feet in diameter and about 8-1/2 feet tall, weighing 2,530 pounds. Support equipment, such as ballast hoppers, timers, balloon control instrumentation, and parachute, brought the gross system weight up to 7,213 pounds, which was one of the heaviest flown at the time. 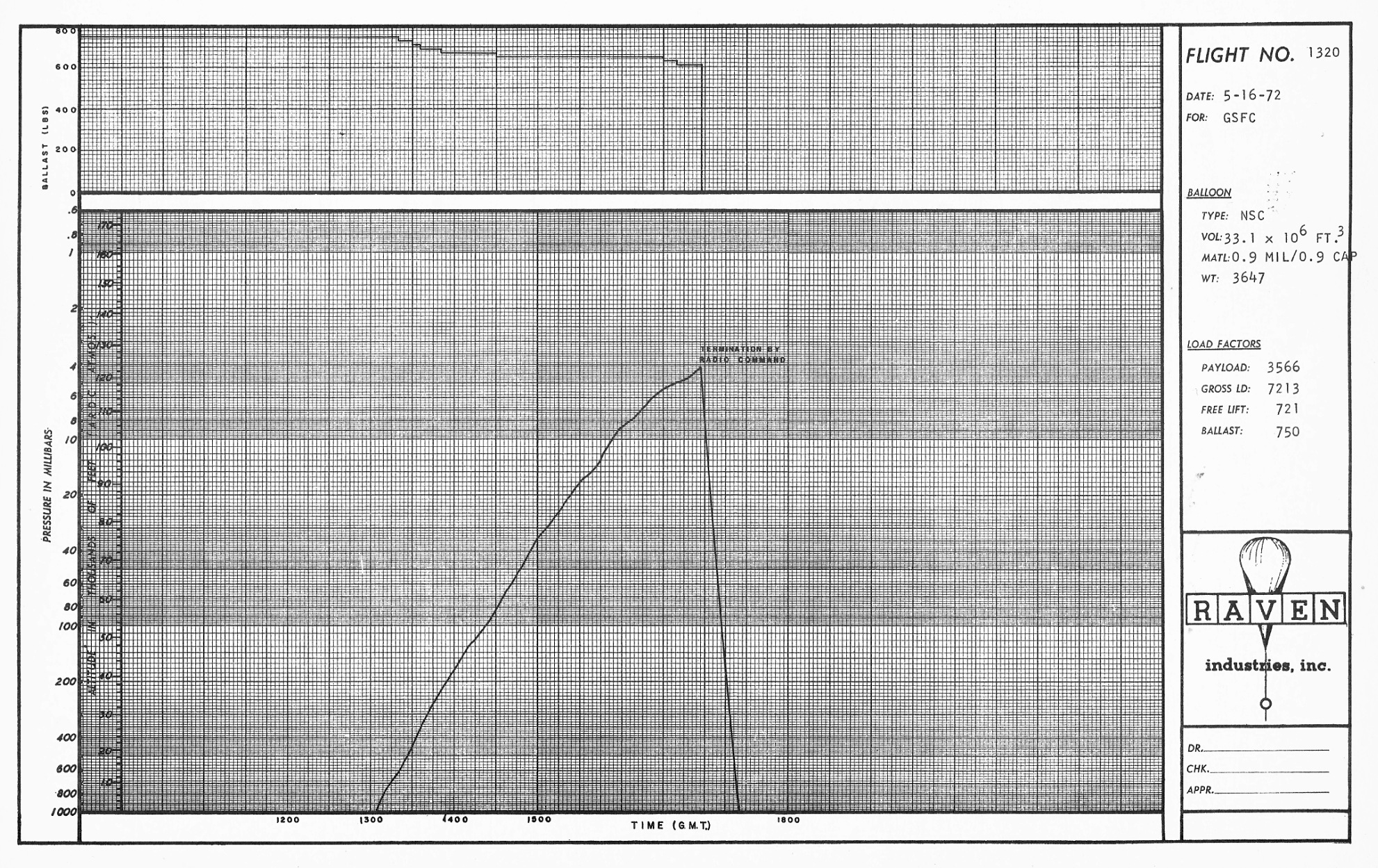 The balloon was launched by Dynamic method at 13:05 utc on May 16, 1972 from Joe Foss Field, in Sioux Falls, South Dakota. The launch was smooth however, the retainer line released a split second after the balloon was over the pin, which left the gondola swing down and to the side. An ascent rate of 808 FPM was established after launch and remained constant until reaching the tropopause at 38,000 feet, where 36 pounds of ballast was expended. As the balloon was ascending through 122,000 feet. additional ballast was dropped. Seconds later, telemetry indicated the gondola was in descent. Controllers confirmed the descent and immediately transmitted the termination command to sever the balloon in case it was a burst.

The flight landed thirty miles south of Sioux Falls 28 minutes later. The failure was traced to a faulty back-up timer.

Back in Siouxs Falls and after removing the cover from the gondola, it was found that the experiment suffered extensive structural damage from impact. A reflight was not immediately possible, so it was returned to Goddard Space Flight Center for refurbishing.