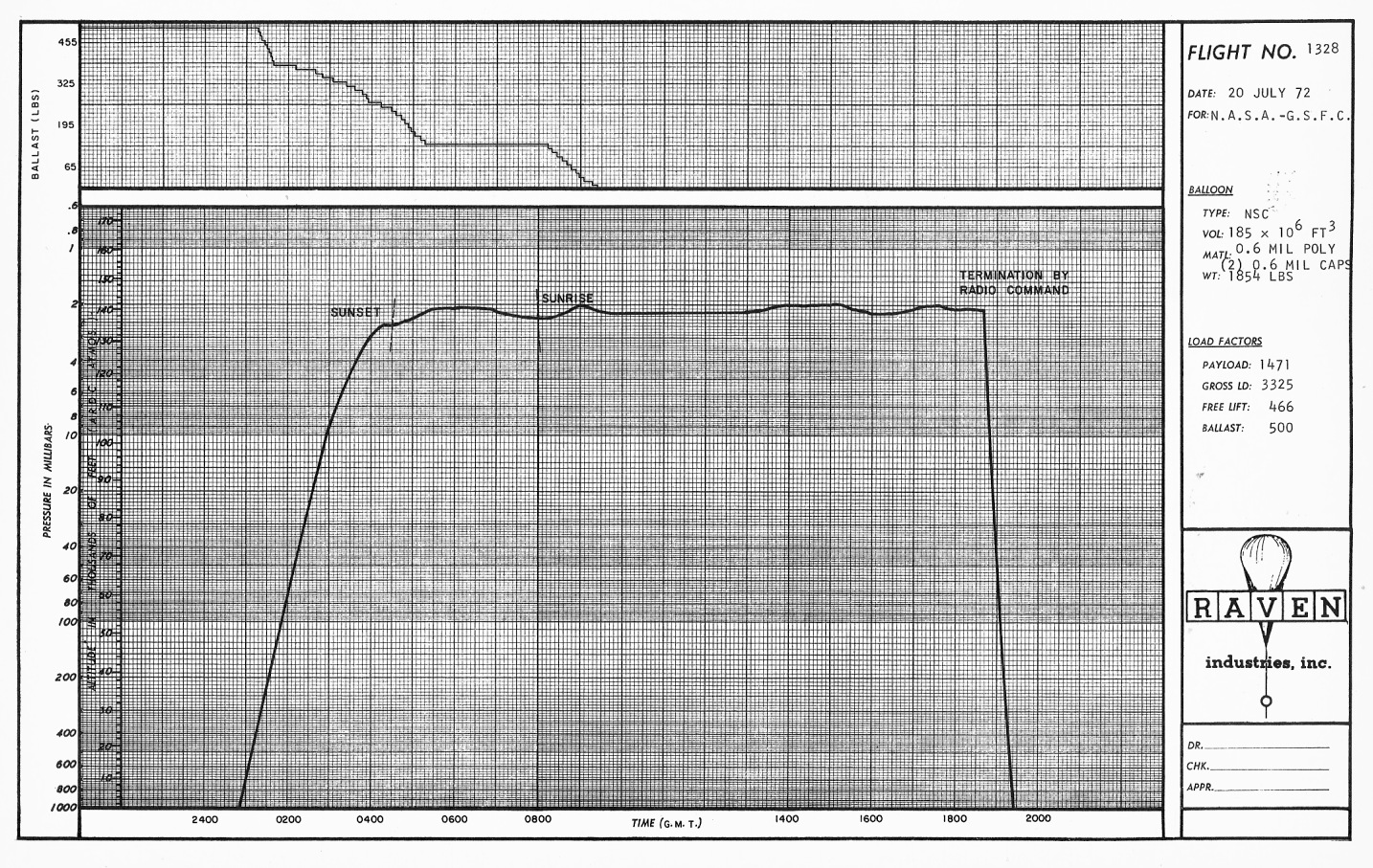 The balloon was launched by dynamic method at 00:51 utc on July 19, 1972 from the airstrip in Fort Churchill airport. The launch truck maneuvered some 300 feet to the edge of the runway where the gondola lifted free of the pin. Ascent was normal at about 1000 fpm to the tropopause. The track was unusual in that the balloon at 40,000 feet was directly over the telemetry station. NASA scientists became alarmed because of the weak signal and requested departure of the C-47 at 06:00 hours instead of the scheduled 09:00 take off. A NASA technician was sent downwind to man the NASA telemetry station at Uranium City. The balloon, after reaching ceiling of 142,000 feet, took a southwesterly heading. The Uranium City station acquired a strong telemetry signal while the flight was ninety miles out of Churchill. Seventeen hours after launch the balloon was over Fort McMurray in a reasonable recovery area. Termination was unsuccessfully attempted by the Cessna 206 float plane so the Uranium City Center transmitted the termination command with satisfactory results.

The balloon drifted twenty miles to impact ten miles west of Fort McMurray. NASA scientists indicated the flight was successful. The weak signal early in the flight was attributed to low temperature as the signal strength increased to normal after the experiment warmed up.