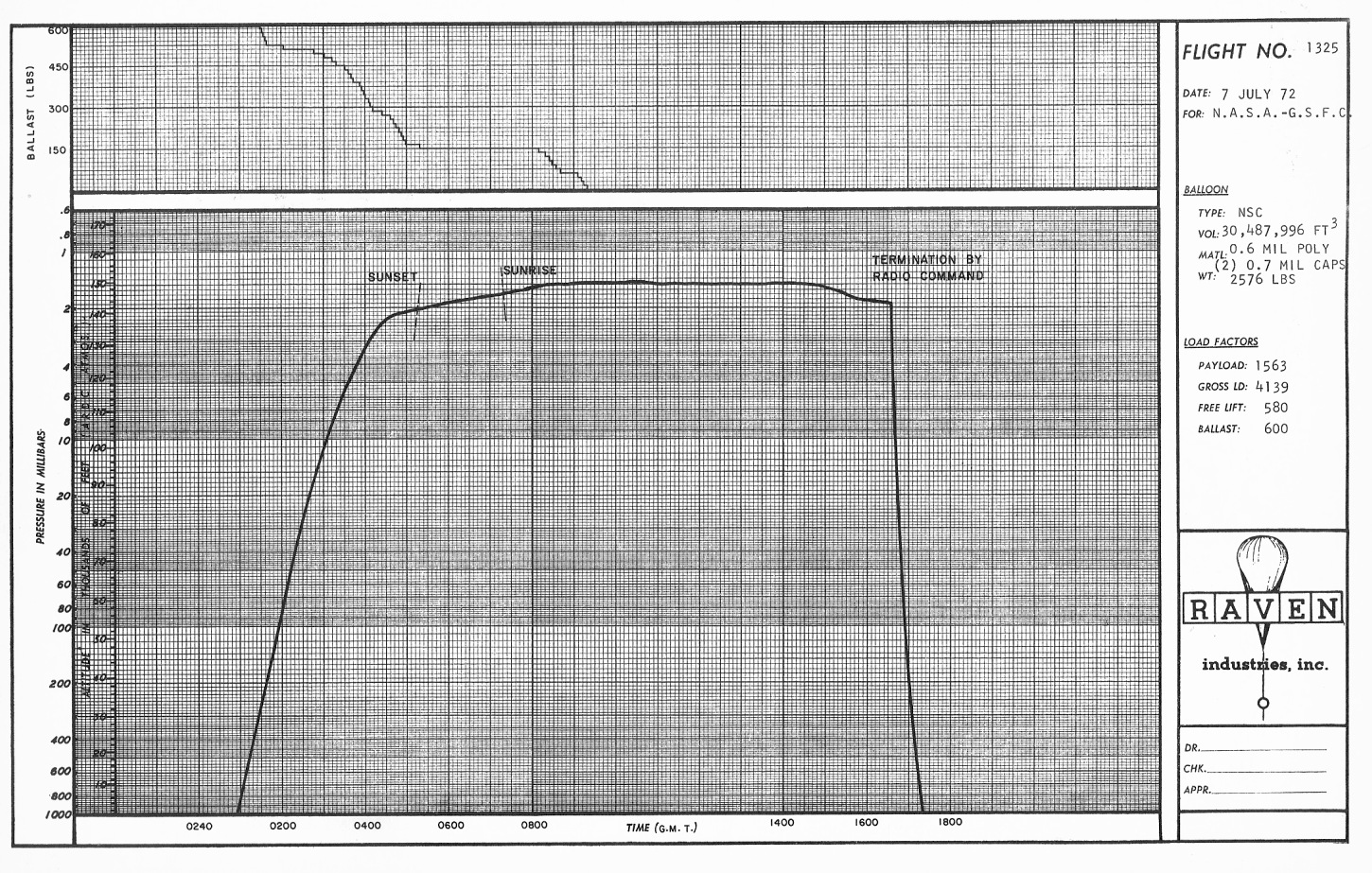 The balloon was launched by dynamic method at 00:56 utc on July 7, 1972 from the airstrip in Fort Churchill airport. Launch was performed smoothly, with the gondola leaving the pin at a slight angle. A brisk ascent of 1000 FPM to the tropopause occurred where controllers dropped 60 pounds of ballast to maintain the ascent. At 35,000 feet altitude, Goddard telemetry indicated low pressure in one of the three separate chambers of the gondola. The most likely cause of the loss of pressure was a leaking seal or loose Marmon clamp. It was feared that the thin aluminum barrier between the two chambers would rupture, destroying the spark chamber. The spark chamber was to be used in another experiment later in the fall. Termination of this flight was considered as an alternative to losing the spark chamber.

Aside from the low pressure, every aspect of the esperiment was performing perfectly. The balloon reached a ceiling of 2.1 Mbs, 4 hours and 33 minutes after launch. After 10 hours and 20 minutes at ceiling, the flight was terminated by command by the Raven downrange post at Uranium City. Impact occurred 51 minutes later in Lake Clair, 40 miles west of Fort Chipawan.

The gondola was recovered by helicopter and taken to Uranium City Airport to be loaded into a C-47 plane for return to Fort Churchill. Once there the following day, the gondola appeared to be in good condition. Raven control instruments had taken on some water which damaged the battery pack.