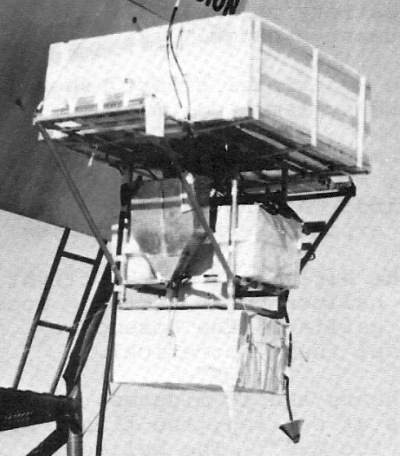 The experiment developed by the Laboratory for Cosmic Ray Physics of the U.S. Naval Research Laboratory (NRL) consisted of four emulsion stacks arranged on a flat platform. Each stack was mounts on a pivot which allowed the stacks to be rotate 180 inches after the balloon reached float altitude. The rotation was performed by command from the ground and served to distinguish in the post-flight analysis those particles received during the floating period from those recorded during ascent.

In addition to the NRL experiment, two other fixed plastic stacks (that were not rotated) were provided by the Air Force Cambridge Research Lab. (AFCRL). At left we can see an image of the payload just before launch (click to enlarge). 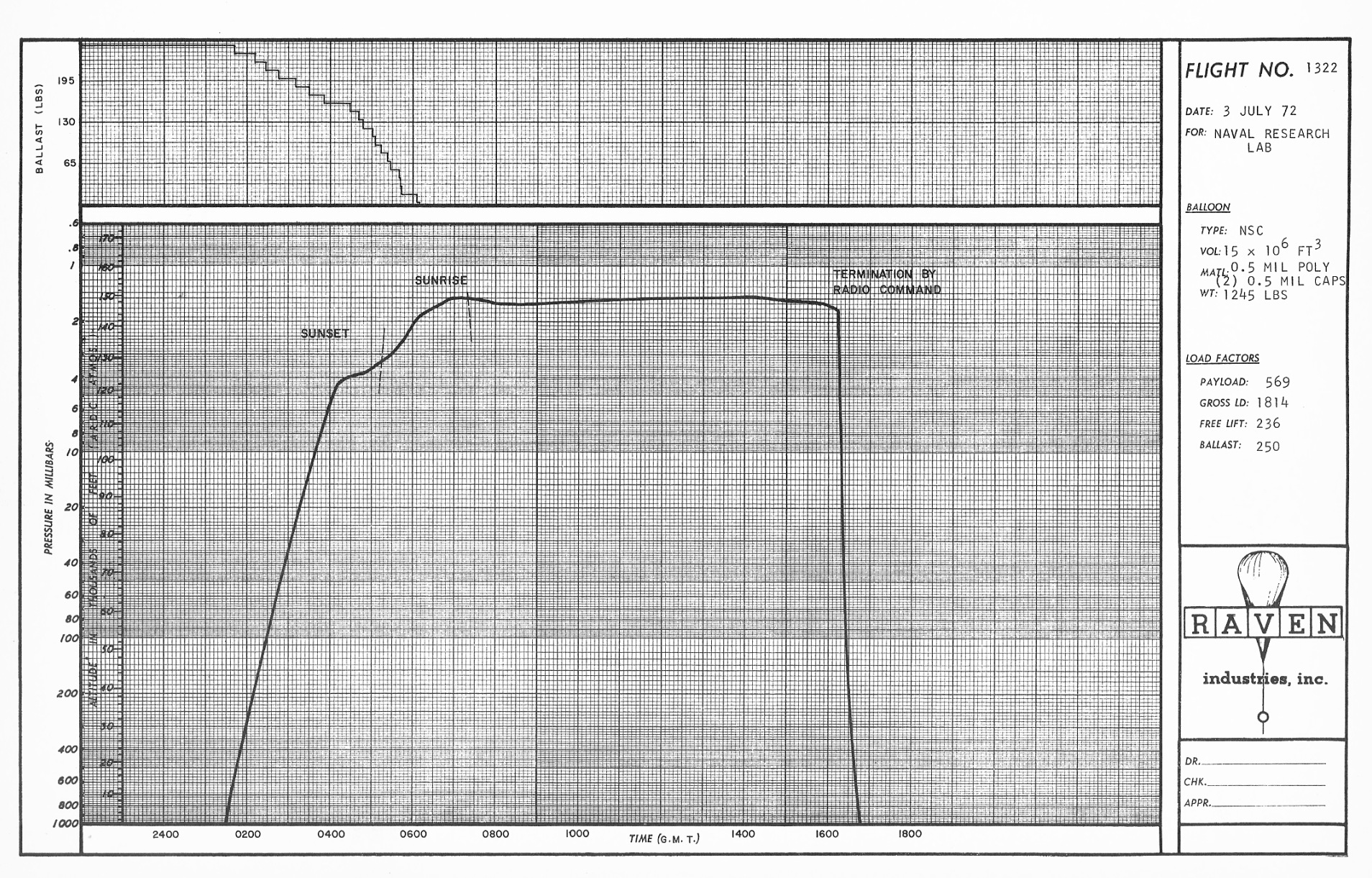 The balloon was launched by dynamic method at 01:23 utc on July 3, 1972 from the airstrip in Fort Churchill airport. Launch was performed in a smooth manner with the launch truck moving approximately fifty feet during a seven knot wind. Ascent began at 850 fpm to ceiling. Ballast was expended every 15 minutes. The balloon floated low during the early part of the flight, however, as the sun came up, the balloon began a steady ascent until it reached its theoretical ceiling. The Rosemount transducer indicated a higher level than theoretical. After a total flight time of 15 hours and 17 minutes, of which 9 hours and 11 minutes were at ceiling, the flight was terminated by radio command from a C-47 plane. The helicopter and Cessna 206 performed the recovery after which the gondola was returned to Embarras for transfer to Churchill aboard the C-47 less than 28 hours after launch.