Balloon launched on 9/9/1971, from Redstone Army Airfield, Huntsville, Alabama, US 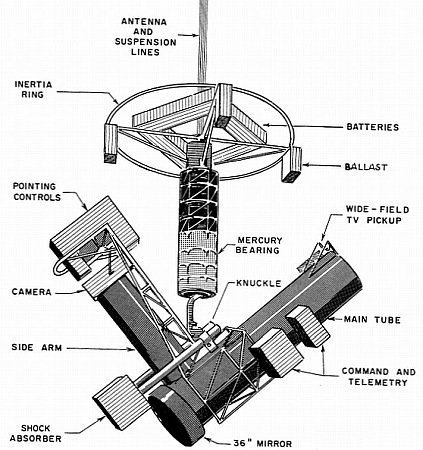 Video footage of the launch operations

The program for the 1971 experiment was under overall supervision of the sponsor, the NASA Office of Space Science Applications. Direct control of the program was exercised by the Marshall Space Flight Center at Huntsville, Alabama, who also prepared the telescope for flight. The scientific investigation was executed by Princeton University Astronomy Department, and by agreement between NASA and UCAR operation was carried out by the NCAR Scientific Balloon Facility.

Movement of personnel and equipment to Huntsville commenced in July and was completed during August. A crew of twenty-five personnel from the Balloon Facility was required. Five truck loads of equipment from the Palestine, Texas base were required as well as two heavy winch vehicles. The telescope and all systems were ready for flight August 18, but the anticipated afternoon-thunderstorm type of weather prevailed and forced delay of the launch until September 9. Launch operations commenced at 13:00, having been postponed from an earlier Scheduled time in order to be sure of no thunderstorm development.

The system was launched at 18:35 CDT on September 9, 1971 from the airfield of the Redstone Arsenal in Huntsville, Alabama and entered float at 83,000 feet, at which time astronomy functions commenced. The flight profile showed a rapid ascent, float altitude commencing at 83,000 feet, drifting westward at about 20 to 25 miles per hour and decreasing during the night to 68,000 feet. At day break a "valve-down" descent was started at a rate of 1.150 ft/min. The landing was accomplished according to plan in a pre-selected isolated area. The site was located on a farm about seven miles southeast of Bald Knob, Arkansas. During the landing the telescope was tipped by striking a tree and landed on its side. Severe damage was incurred.

In this flight three primary scientific targets were photographed by the telescope; Galaxy M31 (commonly known as Andromeda), Galaxy M32, and Planetary Nebula NGC 7662. That would be the last scientific flight of the program. 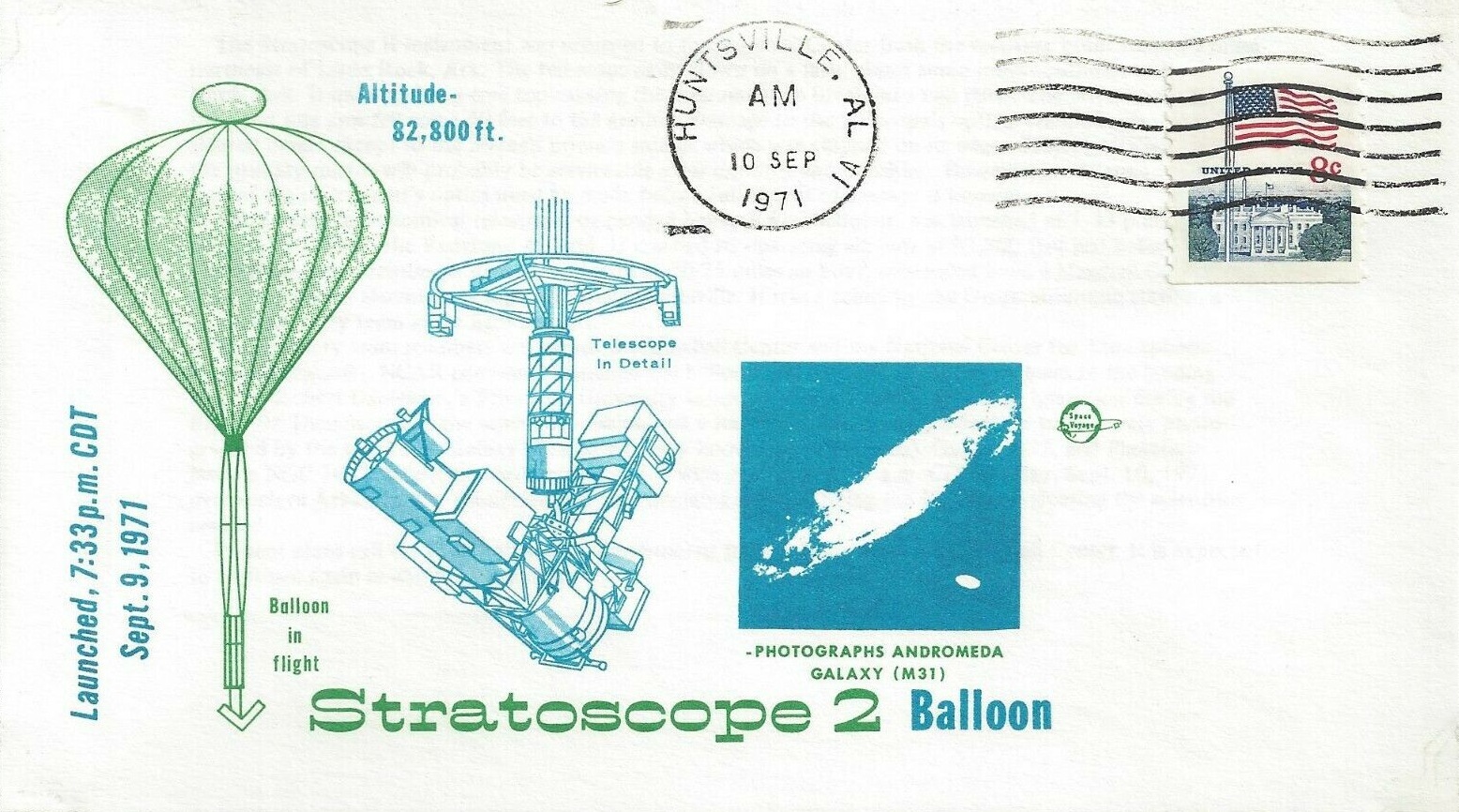