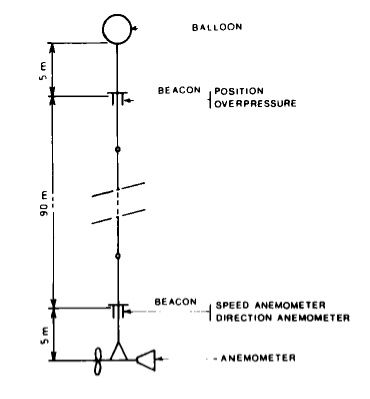 The balloon was launched at 5:26 utc on September 11, 1971, from the Paardefontein balloon launch base near Pretoria, Southafrica. This particular flight measured both wind speed and direction using three different channels of the telemetry system.