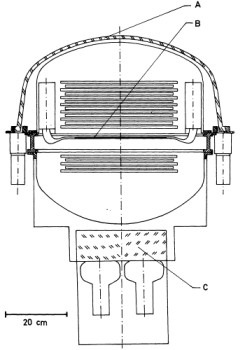 This was the third flight of the instrument. It was launched from Palestine, Texas on July 2th, 1971. The objective of the flight was to measure x-rays in the 30-200 keV region and search
for gamma-rays from the Crab Nebula and the pulsar NP 0531.

All systems worked well during the flight.

Althought, seven hours at float were planned, the flight needed to be terminated two hours earlier due to the presence of thunderstorms in the area