Balloon launched on 6/8/1971, from Holloman Air Force Base, Alamogordo, New Mexico, US 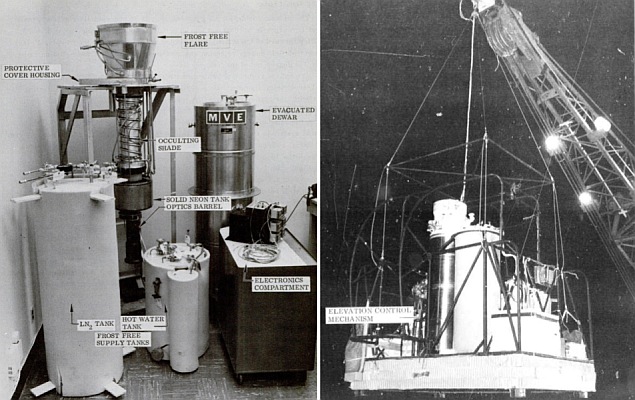 This was the second flight of the AFCRL-LMSC refractive optics radiometer. The balloon was launched from Holloman Air Force Base at 23:53 mdt on June 8, 1971. After a nominal ascent phase float altitude of 91,700 ft was reached at 2:44 mdt. After scientific portion of the mission was over the flight was terminated at 9:56 mdt. Impact occurred near Socorro, New Mexico. Payload was returned to Holloman AFB on June 9, 1971 and after a preliminary inspection, it was found to be in good condition.