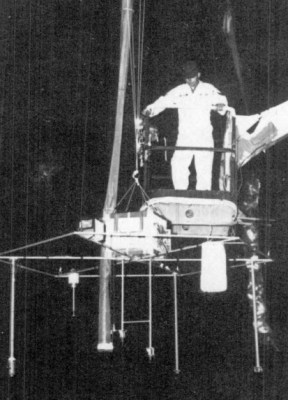 STRATCOM (STRATospheric COMposition) was a long-term, multi-purpose program for integrated, correlated measurements of stratospheric parameters related to composition, thermodynamics, and radiative balance. It was a joint undertaking of several laboratories whose combined scientific, engineering, and field capabilities made possible an extensive program of multiple related measurements in the very complex and variable stratosphere. The program was born in 1968 by the initiative of the US Army's Atmospheric Sciences Laboratory (ASL), under the direction of Harold N. Ballard. Starting from the third mission in 1972, the program progresively incorporated other research institutions. A total of eight balloon flights were performed until the culmination of the effort in 1977.

This first flight of the program known as STRATCOM I was planned to perform measurements of several atmospheric parameters, ozone and water vapor concentrations near 48 km of altitude and to study the atmospheric tides that rocket soundings have indicated exist in the atmospheric region from 40 to 60 km. To attain such high altitude, it was needed a combination of a large balloon and a lightweight payload.

STRATCOM I made use of a helium-filled zero pressure polyethylene balloon, with a material thickness of 0,45 mil designed and fabricated jointly by the Aerospace Instrumentation Division of AFGL and Winzen Research Inc. With a volume of 28.7 million cubic feet it was the largest succesfully flown to that date.

The experiment required a supporting frame for six atmospheric sensors with their associated power supplies and telemetry systems with a weight limit of 75 pounds. The payload which can be seen in the picture above consisted of an aluminum frame and ballast exit, a central battery power supply and sensor modulation circuitry, two 1680 MHz transmitters, and six atmospheric sensors with their associated mountings. Yardney silver cell batteries were used to provide power during the flight. Due to the low temperatures expected during the flight the batteries were put in a box insulated with styrofoam sheets three inches thick and with a thermally controlled heater. This box also contained the various electronic circuits for the atmosphere sensor payload.

The core of the experiment was composed by a bead-thermistor temperature sensor; a bead-thermistor temperature sensor with solar shields; a thermal conductivity pressure gage; a beta-ray atmospheric densitometer; a chemiluminescent ozone sensor and finally a cryogenic sampler for the determination of atmospheric composition. The atmosphere sensors were modified rocket-borne instruments that had been developed over a period of several years. 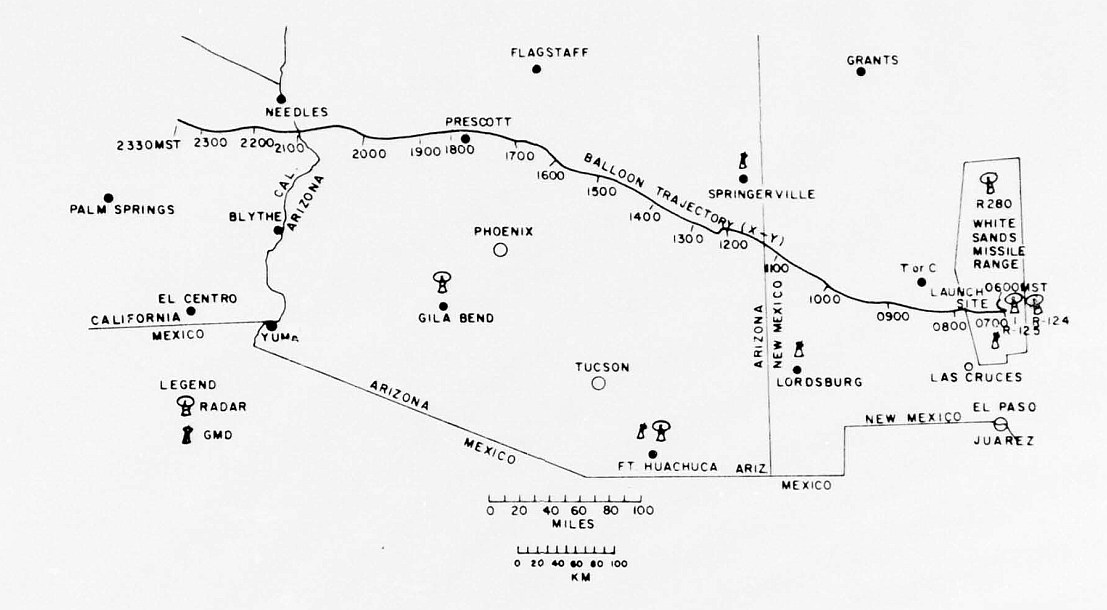 The balloon was launched by the crane-capture method at 5:58 MST on September 11, 1968, from a point known as the Pony site inside the White Sands Missile Range in New Mexico. The balloon reached a float altitude of 48.5 km at 8:30 MST setting a new altitude record. By releasing some ballast, that level of flight was maintained until 11:45 MST when the balloon started a slow and constant descent reaching at 23:00 MST an altitude of 35 km. 30 minutes later, the mission was terminated near Twenty-Nine Palms, California.

Due to the fact that radar contact was lost at the end of the mission, on the next day the balloon was found, but the payload was found and recovered approximately seven months later.

The instruments for the measurement of temperature, pressure, density, and ozone concentration functioned properly throughout
the flight, and the data on these parameters were telemetered continuously to the various ground receiving stations along the 17 hours of the mission. The dual-chamber cryogenic sampler functioned properly, obtaining two atmospheric samples at an altitude of 48.5 km; however, the samples were subsequently contaminated by extremely slow leakage of ground-level air into the samples during the seven-month period in which the instrument lay in the California desert.