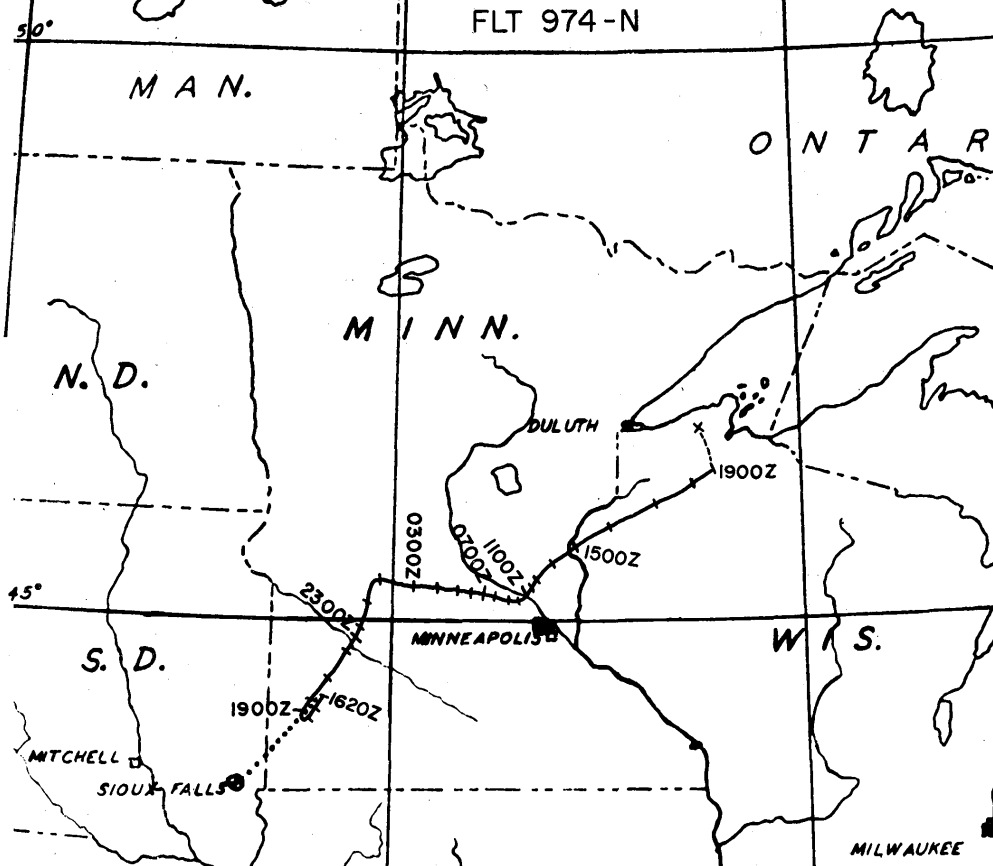 The balloon was launched at 13:34 UTC on September 14, 1967 from Joe Foss Field, Sioux Falls reaching a ceiling of 3.3 gms/cm2 three hours later over Marshall, Minnesota. The flight trajectory is shown above. During the first five hours at ceiling it remained close to Marshall and then started a fairly rapid northward drift past Redwood Falls reaching Wilmar after five more hours. At sundown of the first day the trajectory turned eastward passing just north of Minneapolis at the end of this ten hour period. After sunrise on the second day, the balloon again headed on a northeastward course toward Lake Superior being cutdown about 19:00 utc on September 15, 1967 after 27 hours at ceiling when it got too near the lake. Landing occured near Port Wing, Wisconsin.