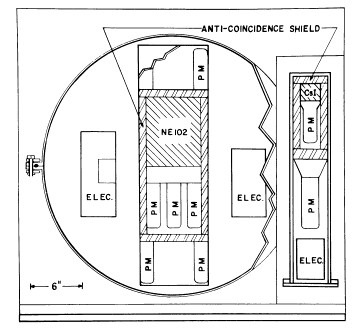 The balloon rose to 50,000 feet and floated for 40 minutes before starting to descend. Usable data was obtained on the altitude dependence of the neutron flux and gamma ray spectrum up to the maximum altitude achieved.