The objective of the flight was to expose nuclear emulsions to investigate charge spectrum of cosmic rays at very high charges.

The detector consisted of a sandwich of photographic emulsions and iron measuring 8.2 square meters, as we can see in the scheme at left. The design of the detector differed somewhat from that used in a first exposure experiment performed by the same group in 1966. An appreciably greater area was obtained by decreasing the mass per unit area, and the detector was constructed of two layers of iron.

Iron was used as the degrader in preference to lead because, in a thin detector, the disadvantage of the shorter interaction length in iron is outweighed by its somewhat greater stopping power, and the consequent weight reduction. The outer two emulsion layers were composed by Ilford G2 layers, with a thickness of 200 µm. The central emulsion was an Ilford G5 plate, with a thickness of 400 µm. The outer emulsions permitted to select those particles Which penetrated the entire assembly and to check for any variation of ionization with range in the detector. The sensitivity of the G2 emulsions was approximately 20% of that of the G5 emulsions and enabled to measure the central optical density of the heaviest detected tracks.

After launched, the balloon ascended to 133,500 feet where it floated for two hours before starting to descend. All ballast was expended and balloon continued descending slowly. At night the balloon reached the lowest altitude of 110.000 ft after flying over a cirrus cloud deck which became scattered shortly after sunrise. At dawn the balloon ascended to 128,400 feet where it continued to float throughout the day. Althought the great variation of altitude the flight was considered succesful. 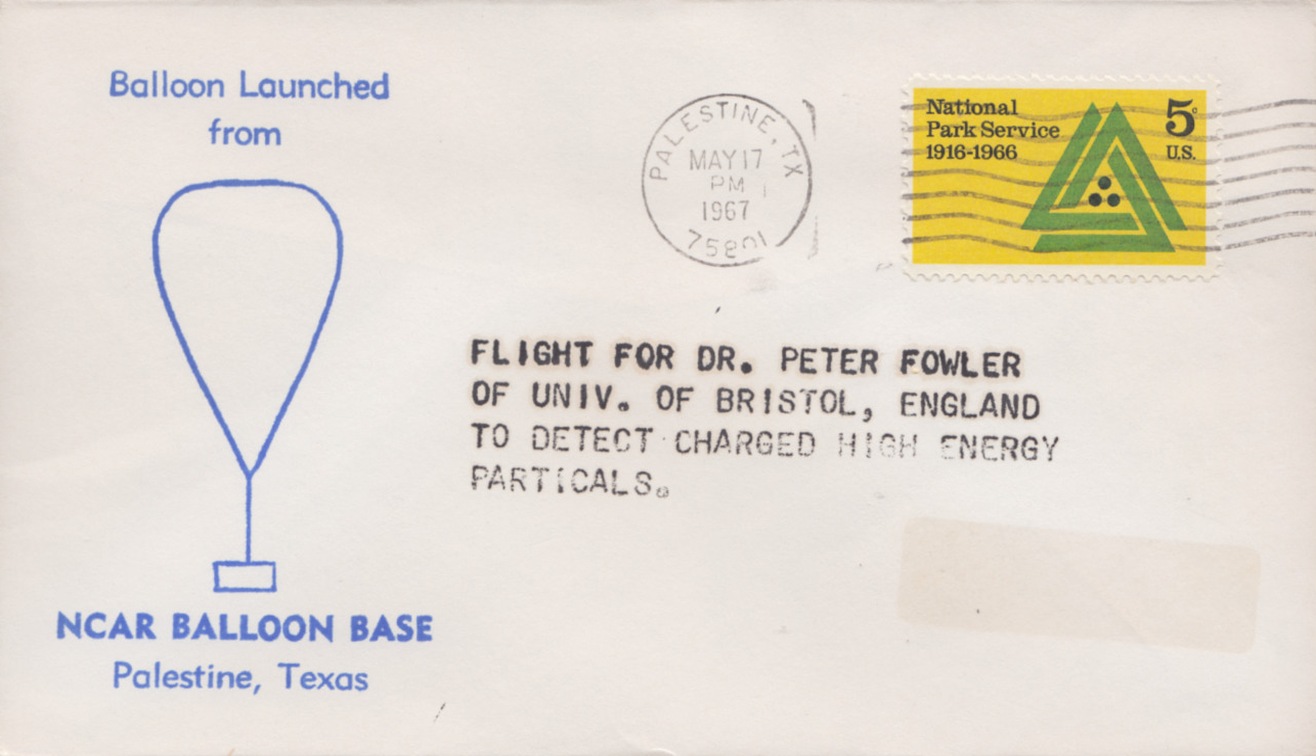