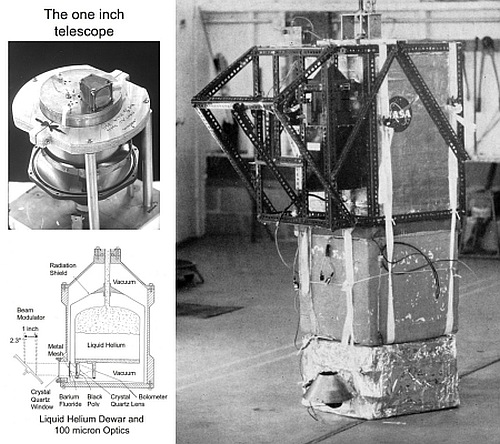 This was the second flight of the instrument. The balloon was launched from Page, Arizona on 21 February, 1967. It reached an altitude of 29,890 m at 17:25 mst and slowly descended to 27,140 m during the night; the package was parachuted the next day at 7:45 mst, landing near Kingman, Arizona. The area of sky surveyed covered more than 50 percent of the celestial sphere and most of the northern Milky Way.