Developed by University of Minnesota

The objective of the flight was to expose a stack of nuclear emulsions in altitude for a long period of time to obtain an accurate knowledge of the relative abundances of different elements in the primary cosmic radiation. That would provide valuable information about the nature of the sources of cosmic rays and about the injection and the acceleration mechanisms. Also will shed some light about the propagation of the cosmic ray particles through the interstellar space, the region of confinement and the age of the cosmic ray nuclei.

The emulsion stack, built by the University of Minnesota group was composed of 167 stripped Ilford G5 emulsions, each one being 10 x 20 x 0.06 cm3 in size. Thus the volume of the entire emulsion block was two liters.

The emulsion stack was carried by a high altitude balloon which was launched from Palestine, Texas, U.S., on July 1, 1966. The time of flight from launch until cut-down was 12 hours from which 10 were spent at a mean depth corresponding to 2.3 g cm of residual atmosphere. The curve of flight can be seen below. The emulsion camera had no shutter to protect it during ascent. Instead of a shutter the stack was meant to be flipped 90° once the balloon had reached its floating altitude. On account of an incorrect estimate of the ascent velocity this flip occurred first after that the balloon had spent 1 1/2 hours above 6 g/cm of residual atmosphere. 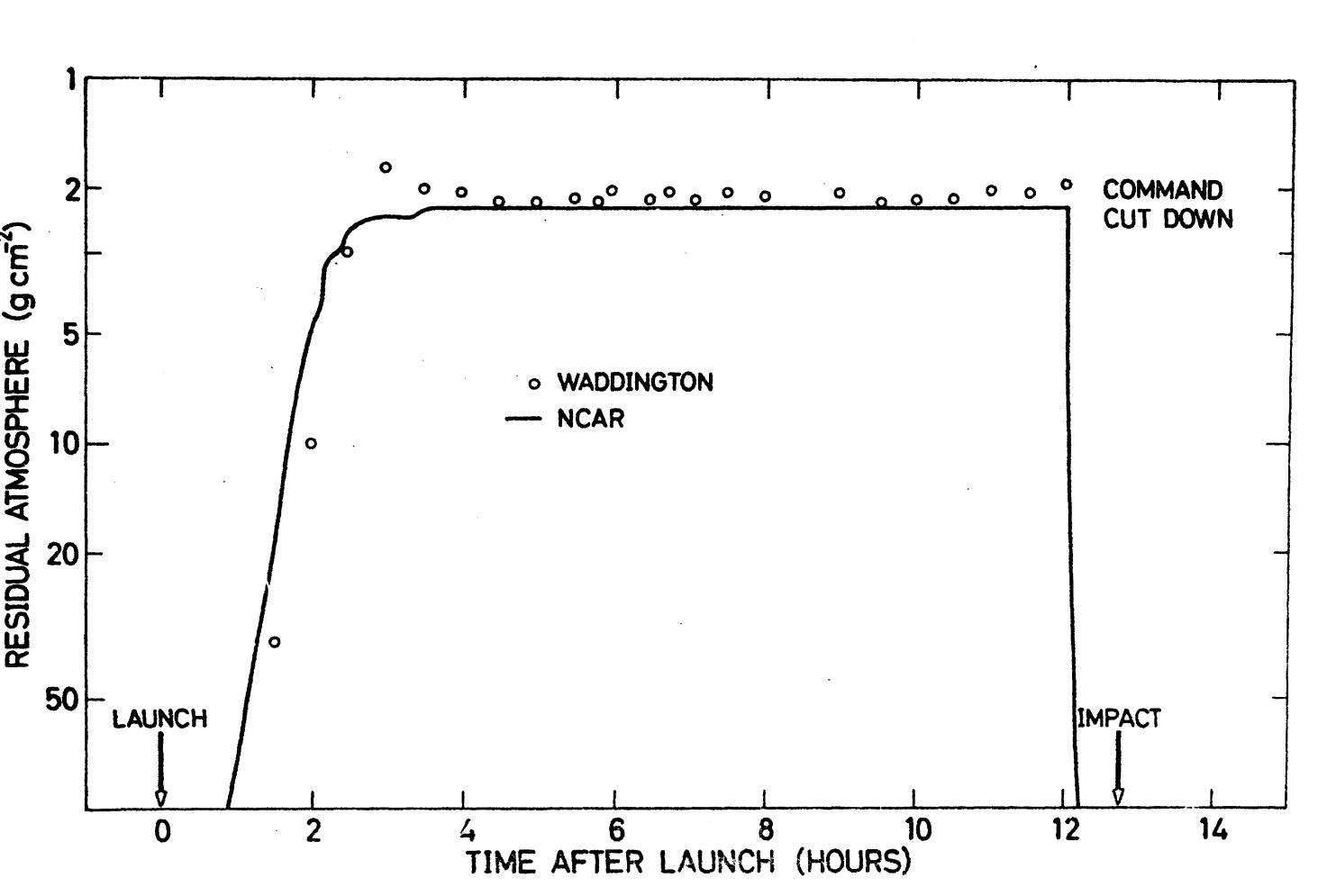 The flight went without incident. The emulsion pack was reoriented by pre-programmed timer at 08:30 CST. Post flight inspection showed that the emulsion stack was torn from support bracket inside sphere gondola. It could not readily be determined at the moment whether this occurred during reorientation or at impact.

Finally close inspection of the payload confirmed that it occurred at impact, so valuable scientific data was obtained: about 120 heavy primary particles in the charge interval 16<Z<28 have been identified by means of photometric measurements in the nuclear emulsion stack exposed. 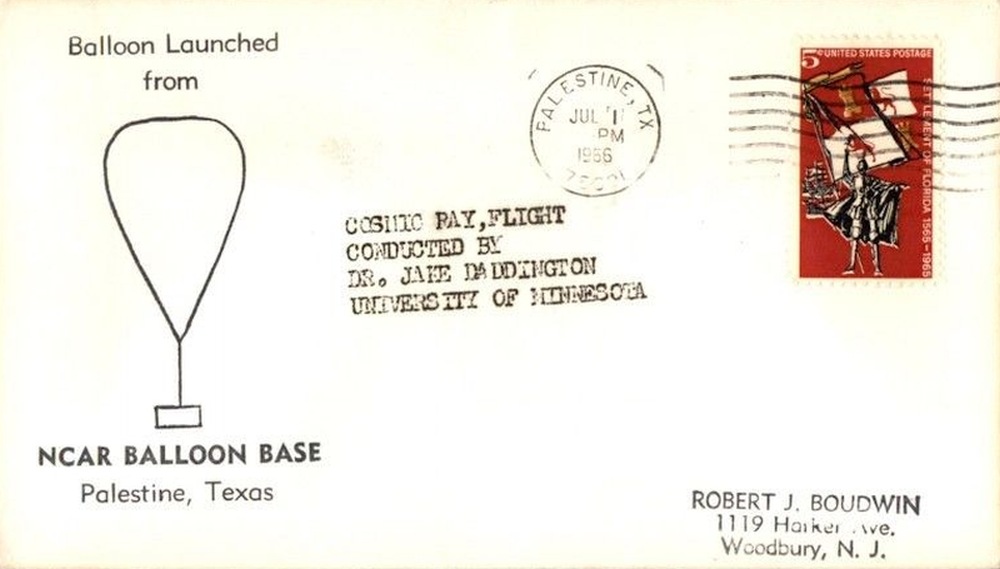