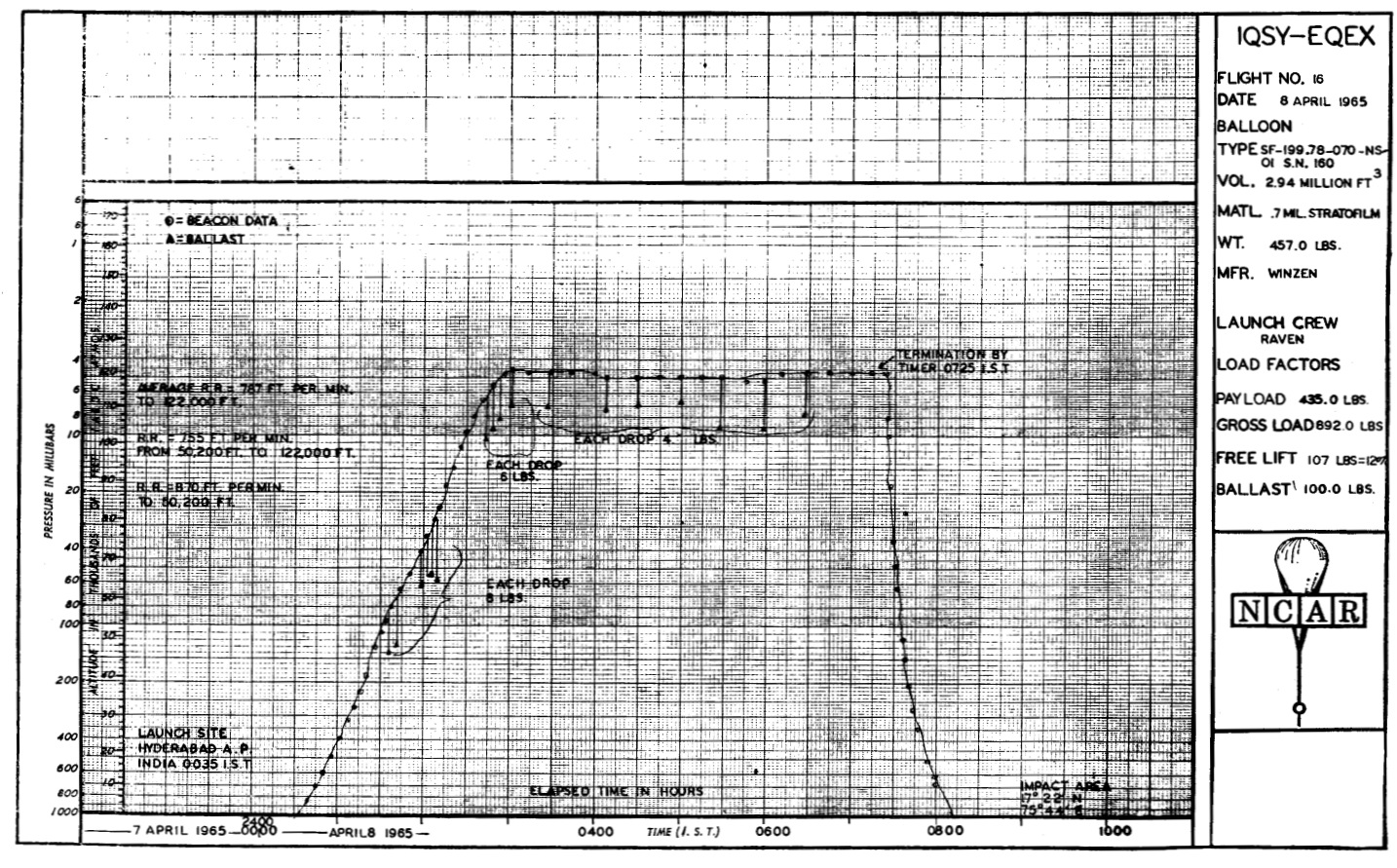 All balloons launched on the expedition had been launched late enough in the morning to reach altitude after sunrise; however, this particular experiment required an early launch so the experiment could be at altitude before sunrise. Numerous balloons flown in India had passed through tropopause temperatures of -75 to -83 C during a sunlight ascent, without bursting. There was some concern about whether or not a balloon could successfully reach altitude through a -81 C tropopause temperature in total darkness. Since the ascent was in darkness, an additional 2% free lift was used. An additional 30 lb of ballast was used to increase the ascent rate in the event the balloon stopped at the tropopause. With the help of lights from the various trucks and cars at the launch site, the balloon was launched at 00:35 local time on 8 April. An ascent rate of 870 ft/min was established to 50,200 ft and 755 ft/min to an altitude of 122,000 ft. After 4.5 hr at ceiling, the flight was terminated. Impact occurred at 170 22' N, 750 44' E. The telescope sustained no damage on impact and could be flown again after a routine check.