The main objective of the flight was to launch a composite detector of heavy metal and nuclear emulsion used to investigate ultra-high energy nuclear interactions produced by the cosmic radiation. The exposure was made jointly by the Tata Institute of Fundamental Research, Bombay and University of Bristol, England. This was the heaviest payload flown during the campaign. 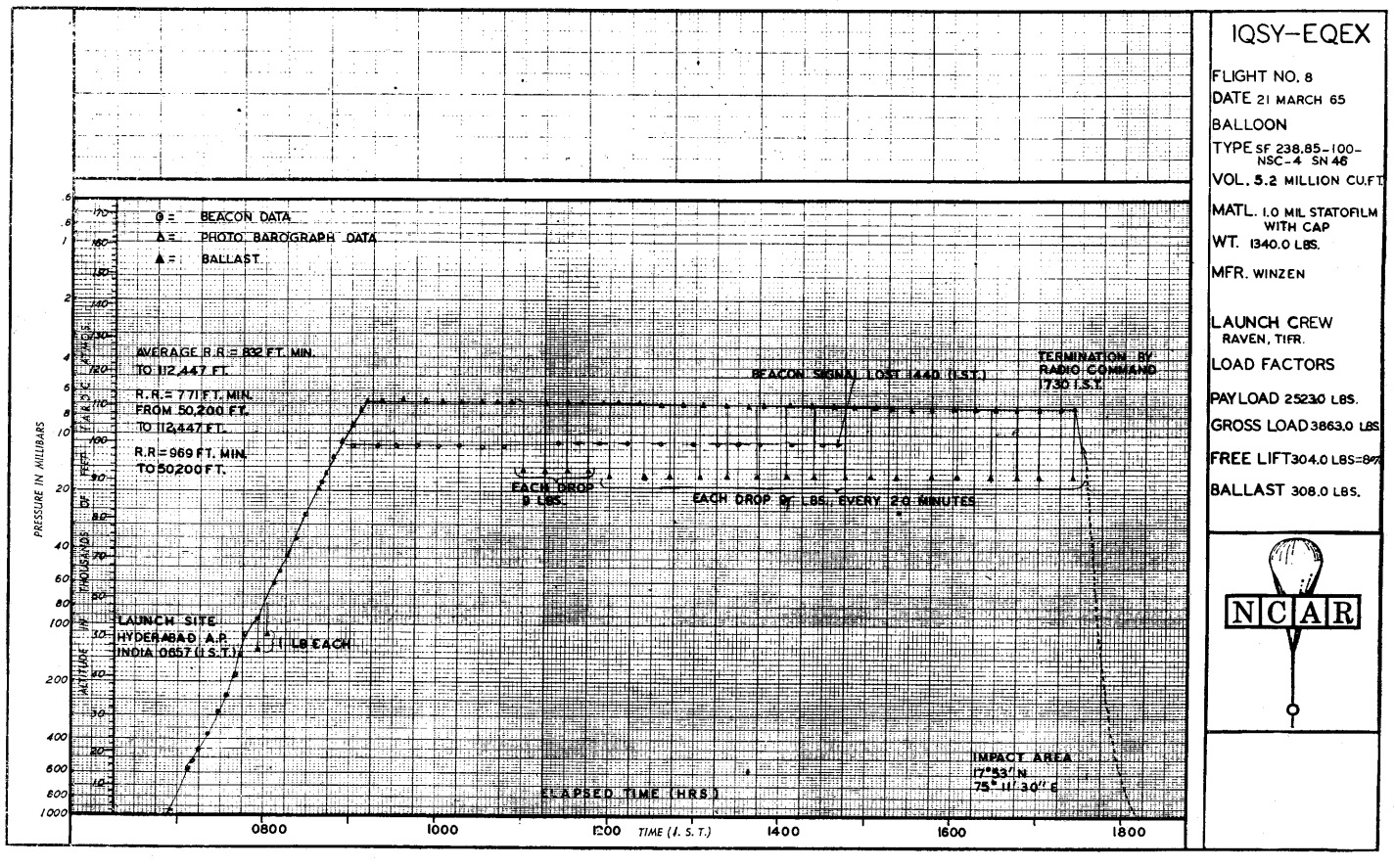 For this flight, due to the gross weight of the payload, a 5.2 million cu ft capped balloon was used. It was important to be able to position a balloon payload rapidly for lift-off. The equipment available did not included a launch cart of sufficient size to enable the flight to be launched by the anchor line method. Therefore, it was decided to use a dynamic launch technique. Also several modifications were needed specially to the launch spool and the "A" frame in the launch truck.

At midnight of 20 March, the package was loaded and taken to the launch field. The usual good surface conditions pervailed and the layout of the balloon was accomplished without incident. Inflation was performed using two inflation tubes. Some problems during inflation led to the apparition of small holes about 110 to 130 ft below the top of the balloon. Some 30 holes were patched. The launch was quite smooth. The launch truck was moved about 100 yards at a slow speed to properly position the payload, which ascended vertically and with good speed. Ascent was at a rate of 969 ft/min to the tropopause and 832 ft/min to 112,500 ft. Vertical oscillation was recorded from the Bristol baro-transmitter. Total duration at altitude was 8.5 hr. A longer flight was desired, but strong upper level winds made it impossible to keep the balloon over the Indian land mass where recovery could be made. The flight was terminated by radio command at 17:30 ist, 40 miles NW of Pandharpur with impact at 17º 53' N, 75º 11' E. The recovery vehicle and crew arrived at the location the same night and the payload was recovered undamaged.