The main instrument on this flight was an experiment provided by the AFCRL designed to measure the charge spectrum and the time variation of the heavy primary cosmic rays. The experiment consisted of a three-detector (one Cerenkov, two scintillators) telescope, linear amplifiers, logic circuitry, 300-channel pulse height analyzer, and onboard recording. The package turned itself on and off automatically at 75,000 ft and could be launched 'unattended.' The flights performed during the IQSY-EQEX experiment were the first of a series of such measurements to be made through a sunspot cycle.

Adittional payloads onboard were:

A self-recording ion chamber to obtain equator values for total ionization as part of complete latitude curve during period of minimum solar activity. The instrument was provided by the University of Minnesota group led by John R. Winckler;

A X-RAY Counter developed by the University of California aimed to measure atmospheric gamma ray as a continuation of an already performed measurement campaign carried out in Minneapolis and in New Mexico, thus completing a three-point latitude survey. Also using the low gamma ray background near the equator the scientists examined the quiet sun for X-ray emission in the 10 to 100 kev region.

Finally an Emulsion plastic particle detector provided by Tata Institute of Fundamental Research was also onboard to try to detect in the plates traces of heavy primary cosmic rays. 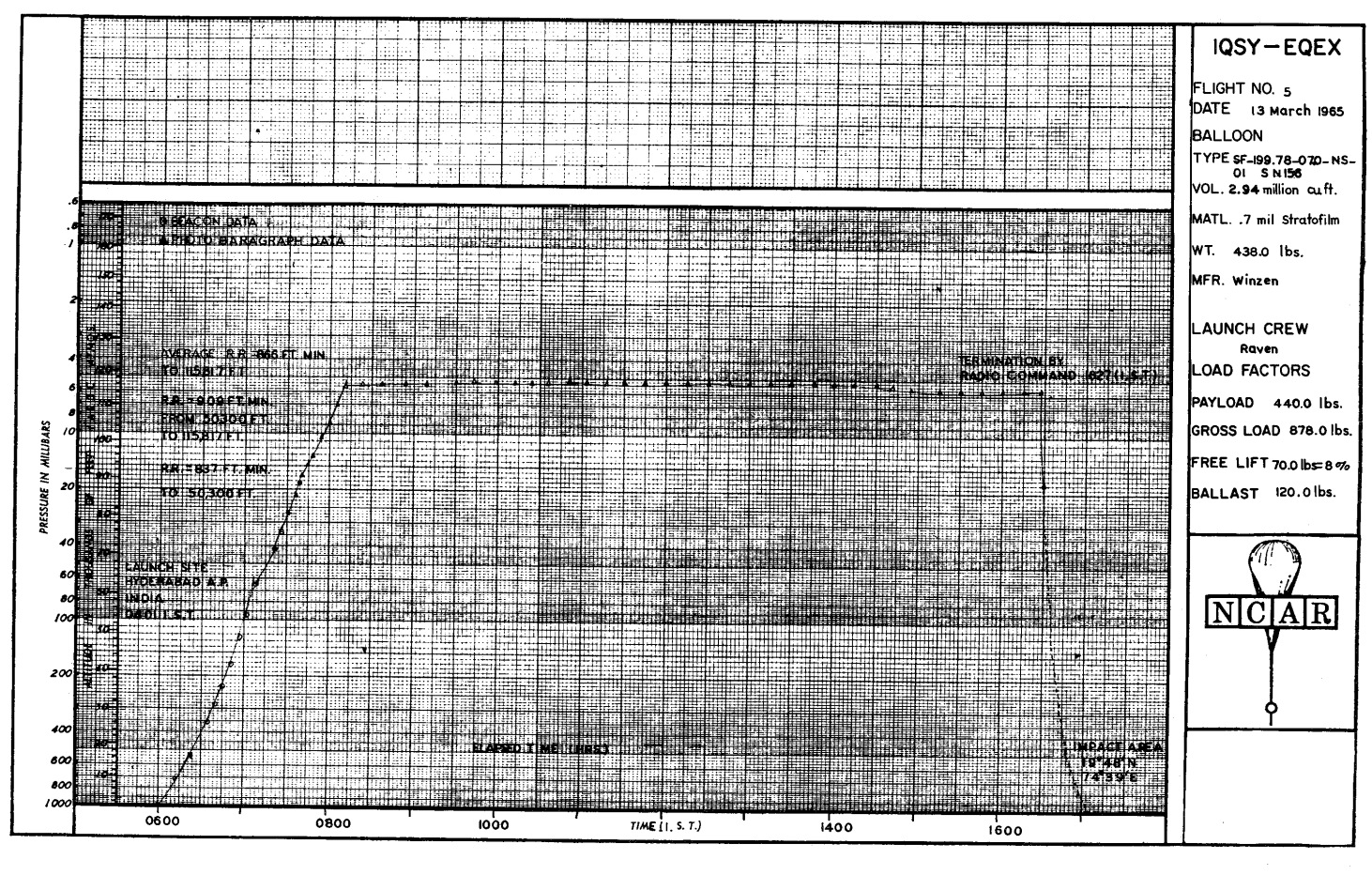 Layout and inflation were completed with no problems. With the exception of the balloon weight, this system was essentially the same as before. The release was accomplished without incident. Lift off was very smooth and required very little positioning of the package. The balloon ascent rate was 837 ft/min to 50,300 ft and 866 ft/min to ceiling. After 8.25 hr at ceiling, the flight was terminated by command from the aircraft. Impact was 19° 48' N, 74° 39' E. A second flight of the AFCRL telescope was cancelled due to damage on impact to certain electronic components.