Balloon launched on 5/31/1962, from Kindley Air Force Base, Bermuda Islands 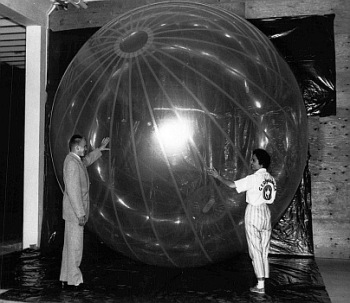 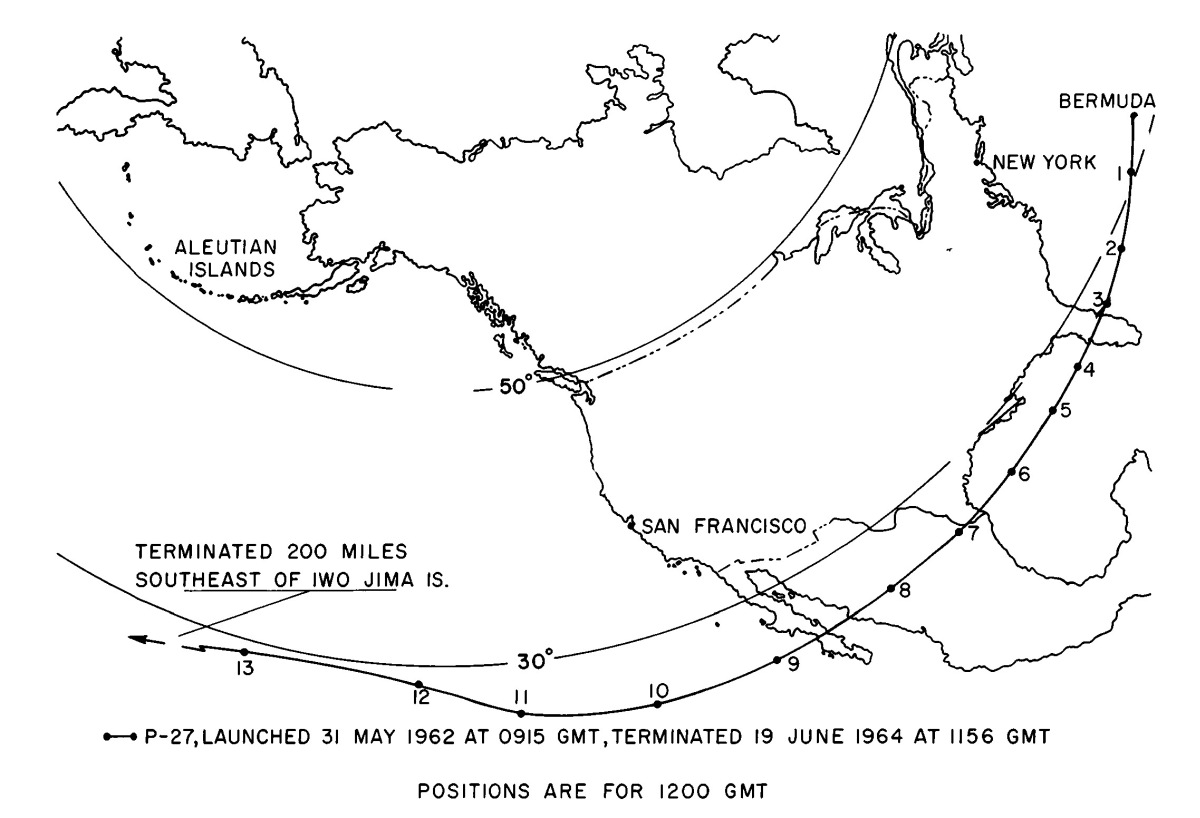 Flight P-27 was launched from Kindley AFB in Bermuda on May 31, 1962 at 09:15 GMT. Its floating altitude was 66,500 ft and it flew for 19 days before it was terminated by radio command from the AFCRL Balloon Launch Site, Chico, Calif. Its altitude was such that it never was located in the minimum-wind layer. It was under persistent easterly flow throughout its entire flight and increased in speed from about 10 knots at the beginning of its flight to speeds close to 30 knots at the time when it was terminated 200 miles southeast of Iwo Jima Island.