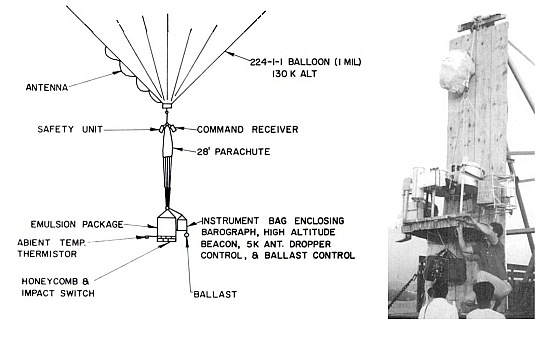 The main goal of this particular flight was to study cosmic radiation by exposing a stack of nuclear emulsions to extreme altitude in the stratosphere for an extended period of time. The nuclear stack with a weight of 100 lbs was supplied by the Tata Institute of Fundamental Research from India, while on the US side rested the provision of the balloon capable of floating at an altitude of 130,000 ft for 24 hr which at the time was beyond the capabilities of the Indian balloons. At left we can see an scheme of the flight train along with an image of the emulsion pack before launch. 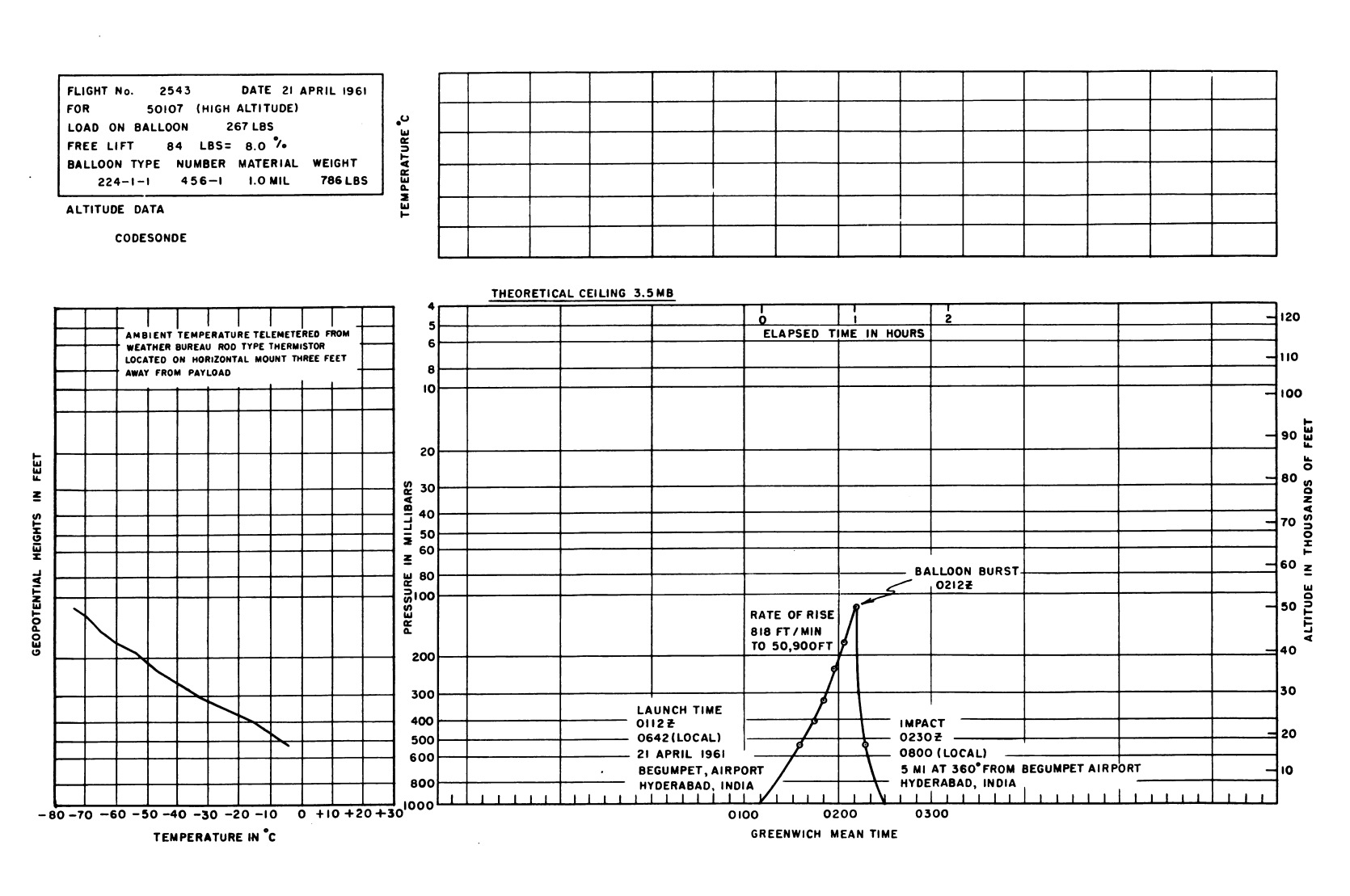 Balloon was launched on April 21, 1961 at 6:42 local time from Begumpet Airport, near Secunderabad using dynamic method. Rate of rise was 818 fpm. At 50.900 ft the balloon suddenly burst and descent of the payload began by parachute. Telemetered temperature at this altitude was -74°C. Impact occurred at 8:00 local time 5 miles north from the launch site. Flight 2543 was the only flight of 24 flown during the India operation that experienced a tropopause balloon burst. This was, of course, a main concern during planning stages of the operation since Indian personnel had warned of the tropopause hazards of extreme cold temperatures and severe turbulence throughout southern and central India. This balloon, a general Mills 224-1-1, was the largest flown during the expedition; and since it was not fully deployed at the tropopause it was particularly vulnerable to turbulence and cold shatter. The recovered payload was flown several days later by the Indian group on a smaller balloon.