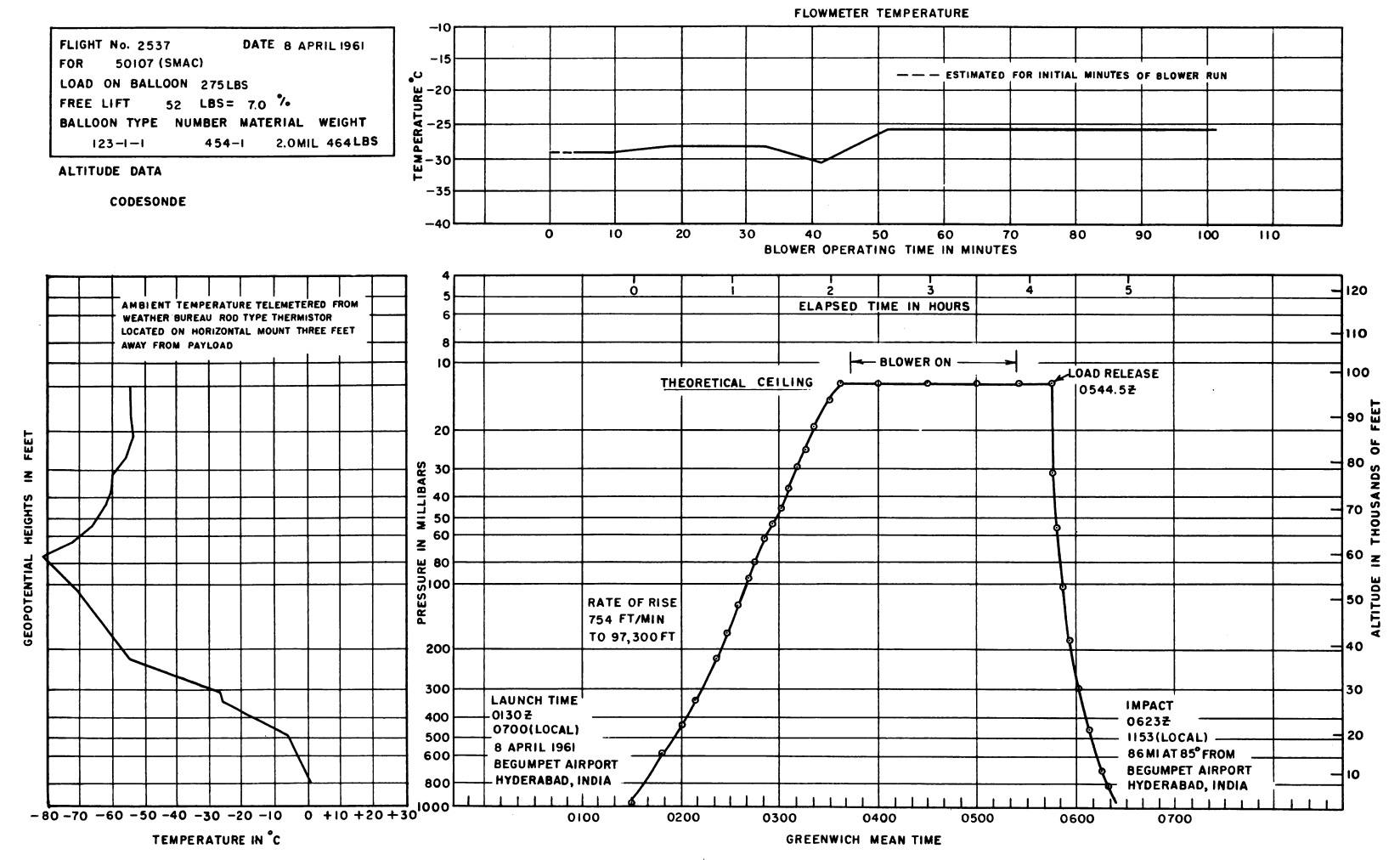 Balloon was launched on April 8, 1961 at 7:00 local time from Begumpet Airport, near Secunderabad using dynamic method. Rate of rise to 97,300 ft was 754 fpm. SMAC blower operated for 101 minutes and suddenly ceased prematurely at 10:54. The motor burned out at this point. Flight was terminated at 11:14 and impact occurred 85 miles east from the launch site.