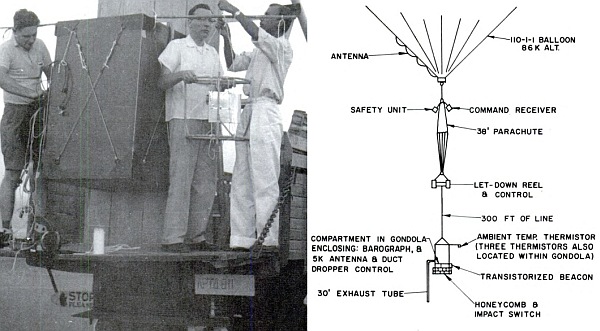 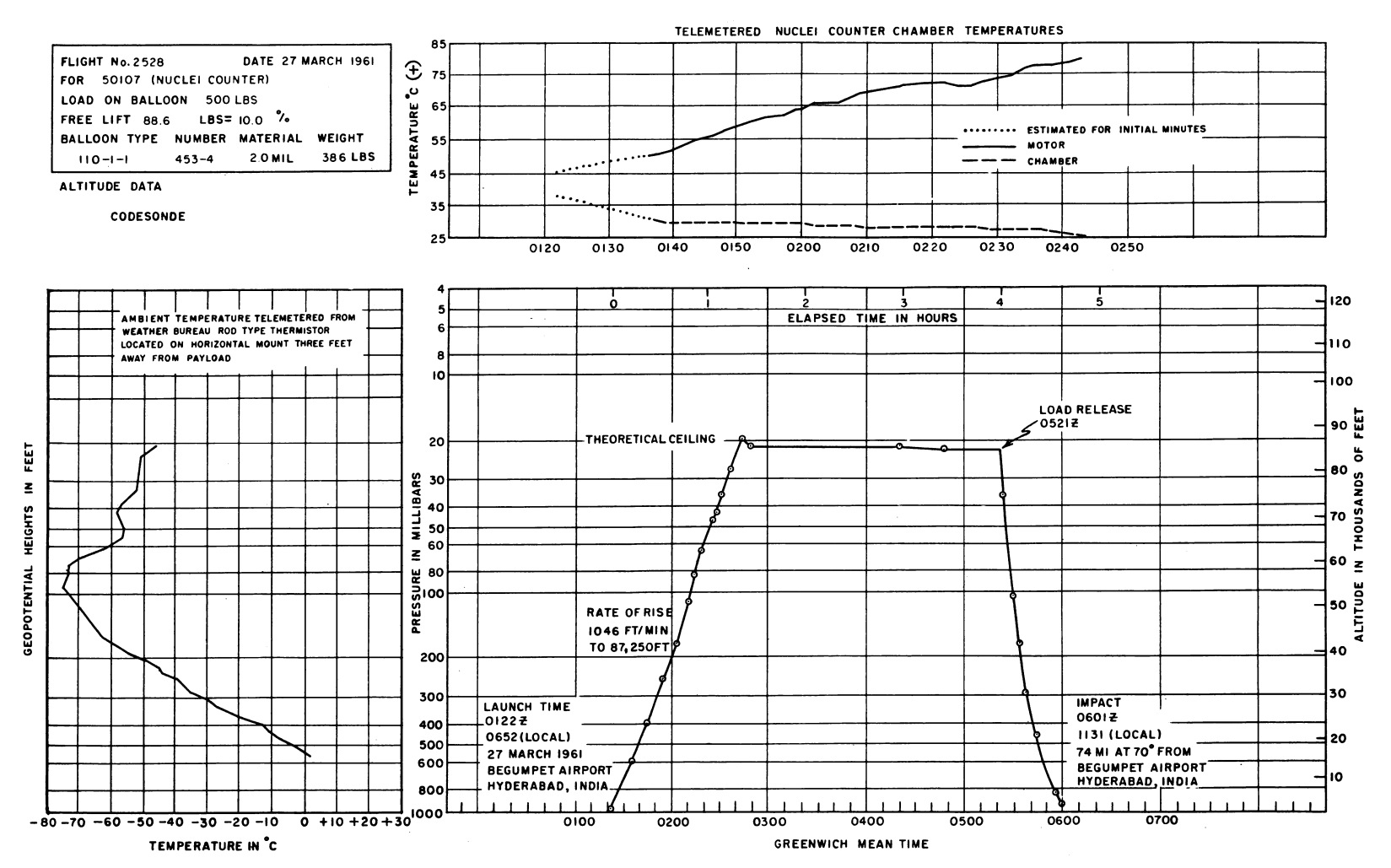 Balloon was launched on March 27, 1961 at 6:52 local time from Begumpet Airport, near Secunderabad using dynamic method. Average rate of rise was 1046 fpm to 87,250 ft. Free lift was increased to 10 percent to achieve correct rate of rise. Impact occurred 74 miles northeast