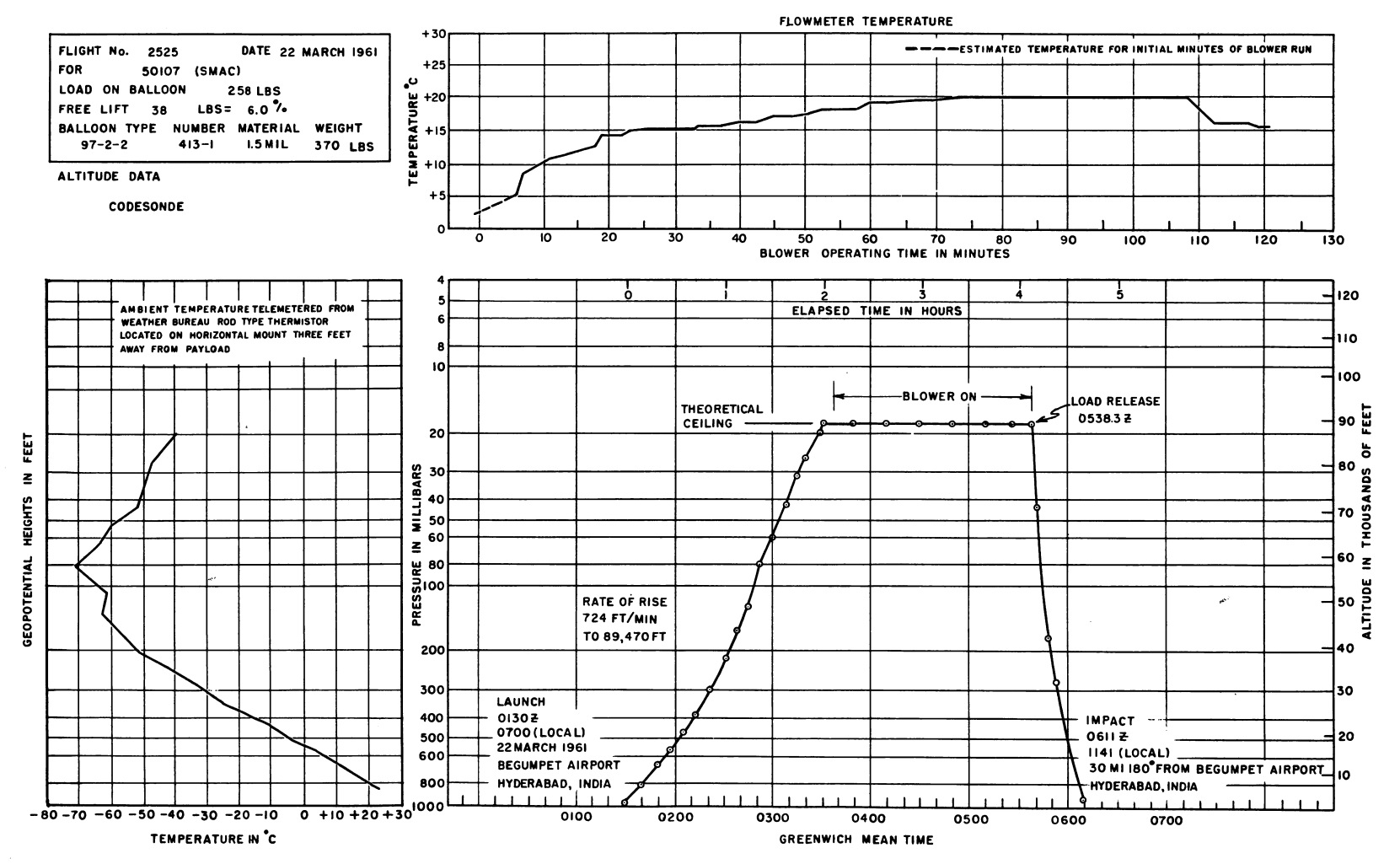 Balloon was launched on March 22th, 1961 at 7:00 local time from Begumpet Airport, near Secunderabad using dynamic method. The 97-2-2 balloon used for this flight was a spare taken to India to replace a SMAC flight in case of malfunctions on an earlier flight. Since Flight 2523 (March 16th) was unsuccessful at 87,700 ft, flight 2525 was a repeat to this altitude. Rate of rise to 89,470 ft was 724 fpm. SMAC blower operated for 120 minutes. Load release occurred immediately and impact was observed 30 miles south from the launch site.