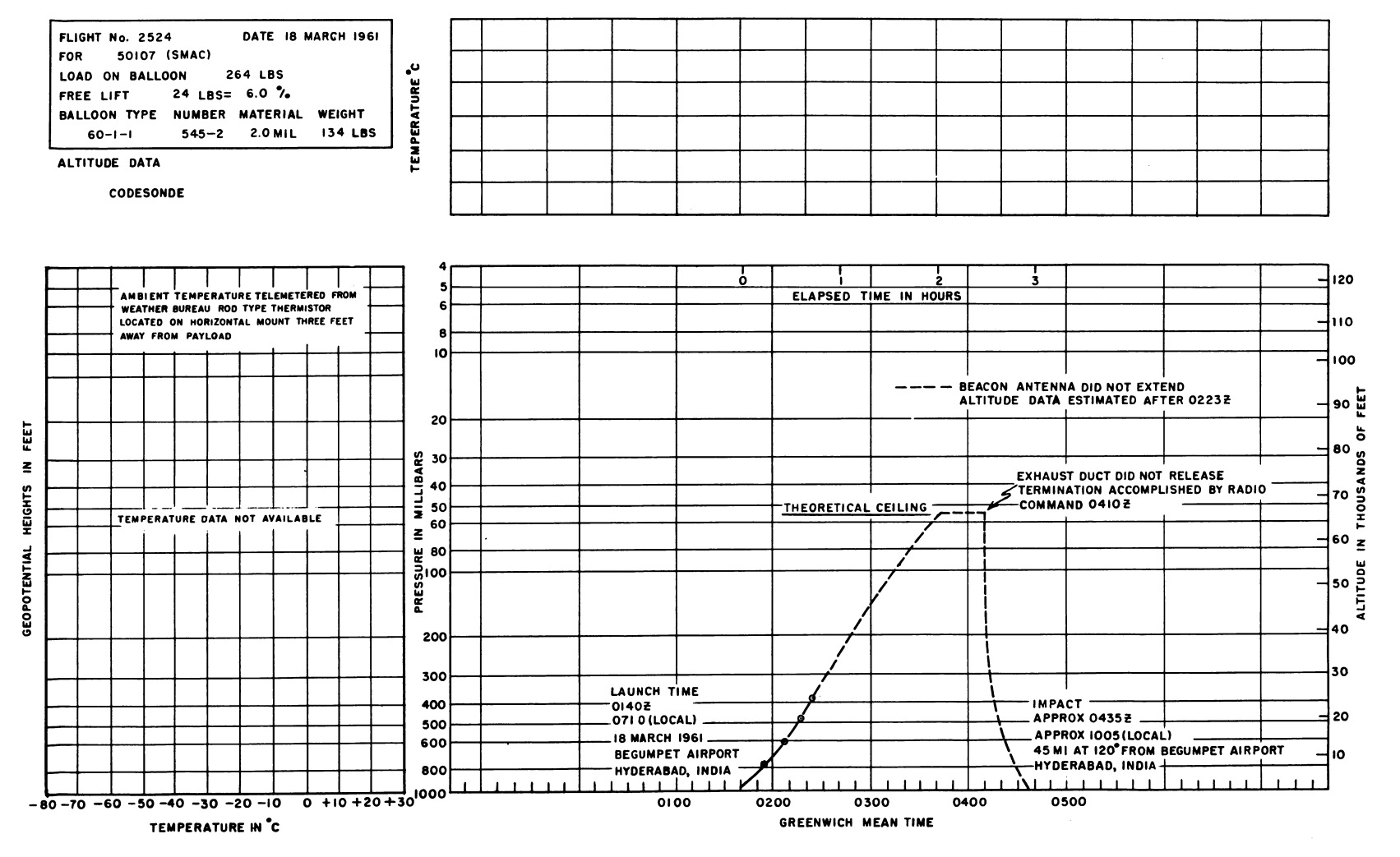 Balloon was launched on March 18th, 1961 at 7:10 local time from Begumpet Airport, near Secunderabad using dynamic method. The flight ascended in a normal fashion but the exhaust duct did not drop at 5000 ft nor did the antenna drop. Telemetering was therefore not possible above 25,000 ft. The flight was terminated by radio command since the SMAC unit would not function with the exhaust duct in a collapsed condition. The time vs altitude curve has been estimated from 25,000 ft on ascent to impact since telemetry was not possible. Impact was at 45 miles southeast of the launch site.