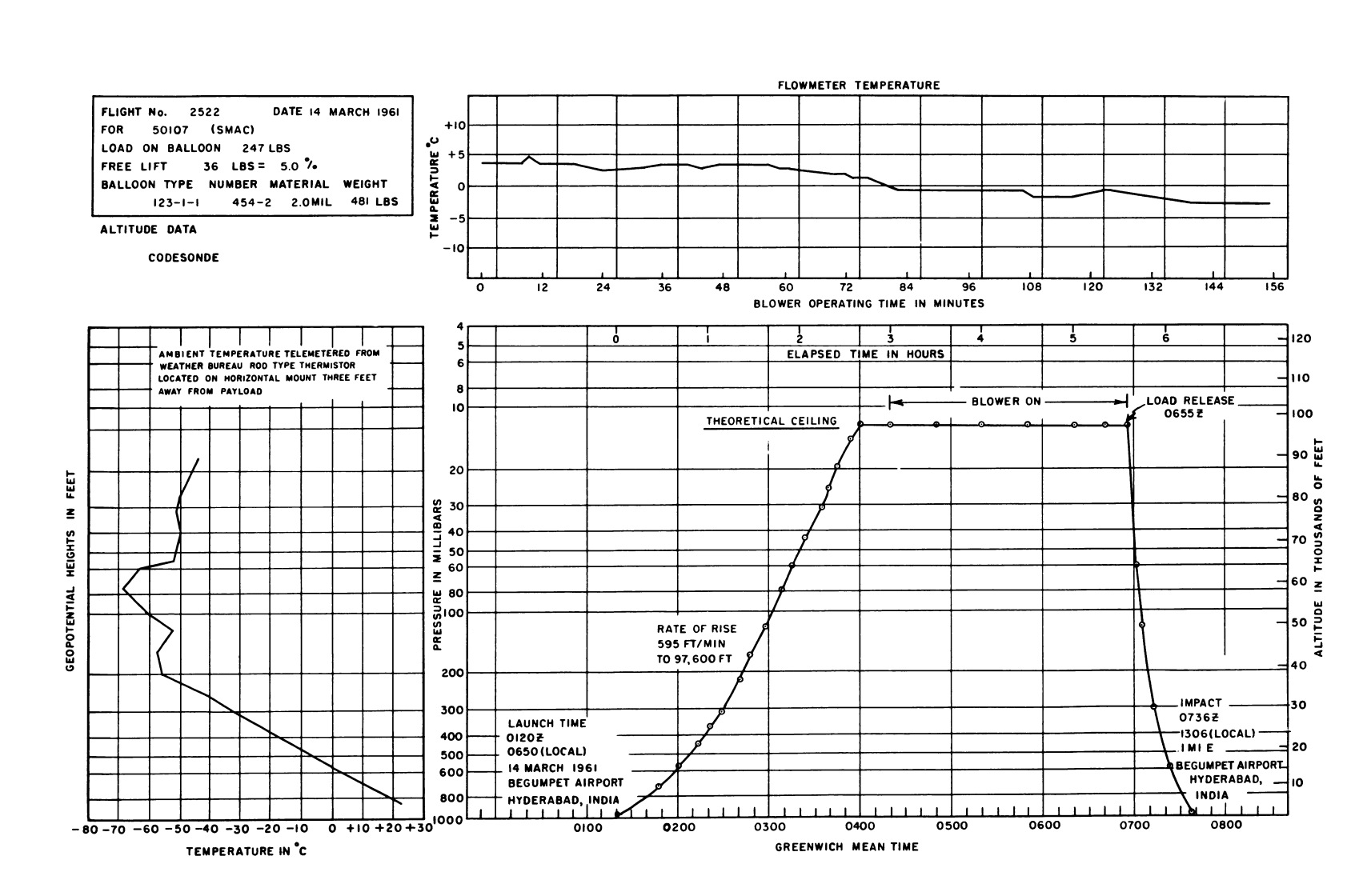 Balloon was launched on March 14th, 1961 at 6:50 local time from Begumpet Airport, near Secunderabad using dynamic method. Rate of rise to 97,600 ft was 595 fpm. SMAC Blower operated 155 minutes. Descent then began by parachute. The tracking aircraft still did not have ADF equipment but the crew was able to maintain visual contact with the parachute during the entire descent. The balloon had ascended toward the north through the lower altitudes and then drifted about 25 miles south at the upper altitudes. Winds at float altitude once again carried the balloon system toward the north. The end result was that impact occurred 1 mile east of the launch point near the opposite end of the runway from which launch was accomplished 6 hr earlier.