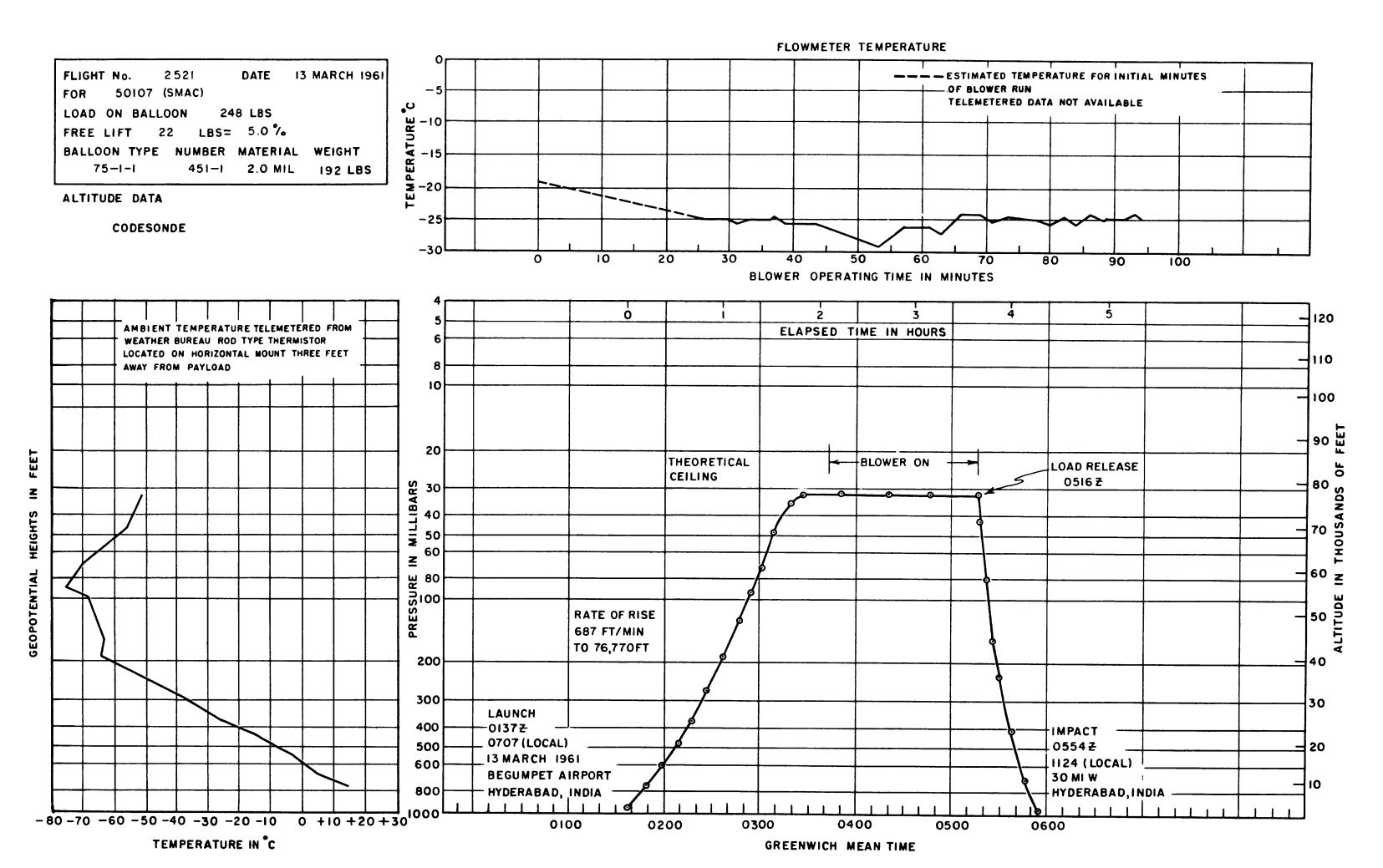 Balloon was launched on March 13th, 1961 at 7:07 local time from Begumpet Airport, near Secunderabad using dynamic method. Rate of rise to 76,700 ft was 651 fpm. SMAC blower operated 93 min. Descent then began by parachute. Flowmeter temperature was telemetered along with blower rpm during the sampling period. The tracking aircraft unfortunately was not equipped with ADF during the initial flights because the required equipment had not arrived. Visual tracking was therefore the only mean available. During descent of Flight 2521 the aircraft observer lost visual contact with the parachute and was not able to locate it again. The aircraft crew made an unfruitful search of the area. Ground vehicles were not close enough when descent began for the occupants to make visual contact with the parachute. The aircraft then returned to base and the occupants of the ground vehicles continued the search by questioning local residents. Late in the afternoon a resident of a village in the recovery area found the package and telephoned the base of operations in Hyderabad. The recovery was thereby completed on the same day.

It was found that the individual who reached the parachute and equipment first after impact had immediately hidden the package to prevent anyone else from collecting the reward. Thus it was not possible for the tracking aircraft to locate the parachute on the ground.