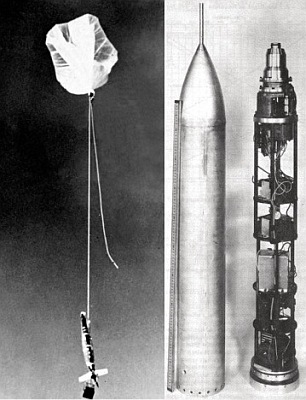 The balloon was launched on August 9th, 1953 at 9:15 utc, from the deck of the U.S Coast Guard vessel Staten Island sailing at coordinates 74º29'N - 73º31'W. The balloon started to ascend but failed to reach intended altitude floating at 30.200 ft during the remainder of the flight. The rocket was fired by the activation of the onboard timer at 11:15 utc. The apogee of the rocket was 23.7 miles.