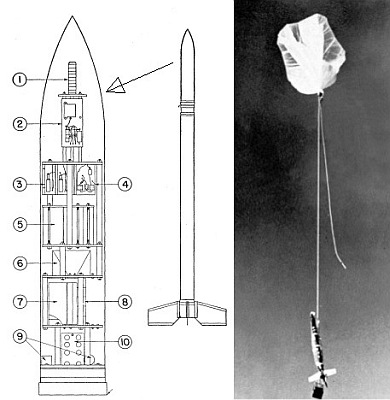 The balloon was launched on August 29th, 1952 from the deck of the U.S Coast Guard vessel Eastwind, sailing at coordinates 77º21'N - 73º29'W. The balloon reached float altitude of 9.7 miles, and from there the rocket was fired reaching an apogee of 47.3 miles.